Although it’s been a few weeks since I shared our kitchen makeover, I still occasionally get questions about our new counters. So today (while I’m trying to wrap up all of the lingering projects before starting to share more about my friend’s house), I thought I’d talk a bit about our new butcher block countertops, what we used, how we did it, etc. 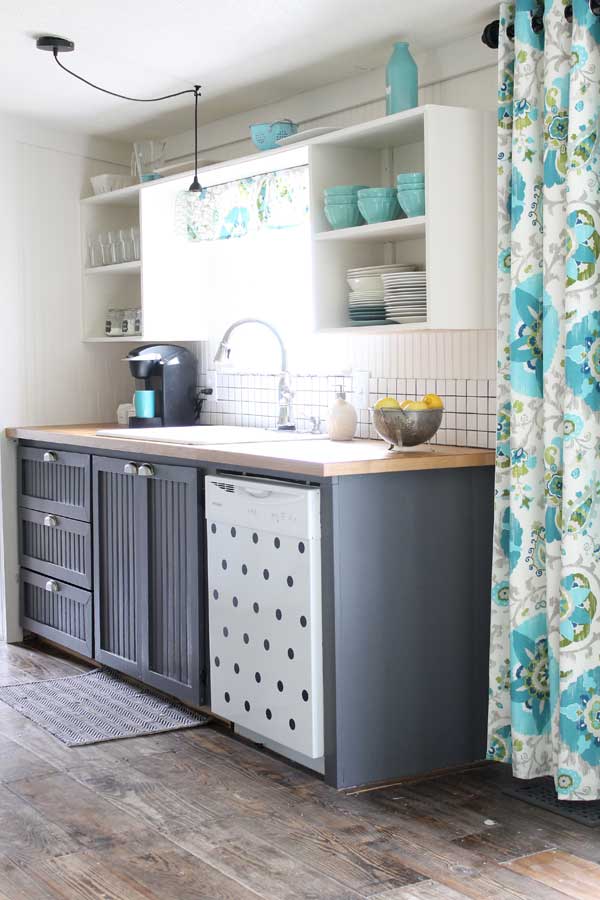 First off, the counters are from Ikea – we used the NUMERAR butcher block countertops, which are $195 for an 8 ft run. We bought two of them and it worked out perfectly for our space. But, we did a LOT of math to figure that out. I know that it won’t be the same for everyone else, but maybe our process can help you a bit.

See that long run around the sink? That’s 8 ft long. It wasn’t that way when our house (errr…. mobile home) was originally built. There used to be a wall at the end of the counter by the dishwasher. We took out that wall, then built new cabinets (that was my first major DIY project – because I go whole hog or nothin’, yo!). We knew that it would be relatively easy to find 8 ft runs of counter, so we built the cabinets accordingly.

So, yeah – that part took one whole section of counter. That left us another 8 ft piece to work with. 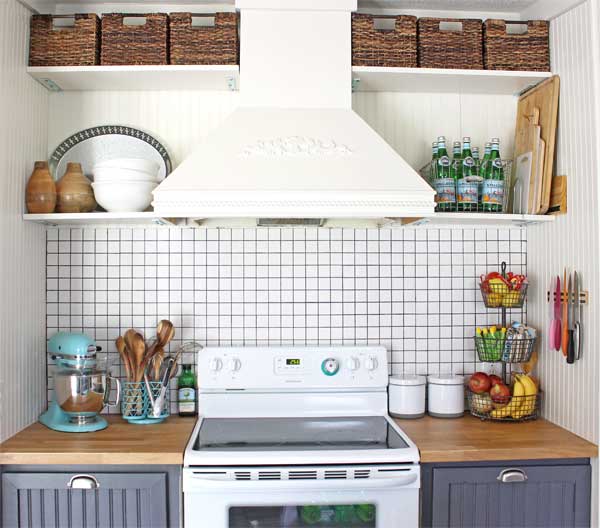 Each portion on either side of the stove is 2 ft. That’s four feet total on this part. We cut and installed them, leaving us another 4 ft piece left.

And guess how long my island is? Four feet. So it was a perfect solution for us. Every inch of the countertops we purchased was used, making the grand total for all of our counters only $390. Pretty cool, eh? 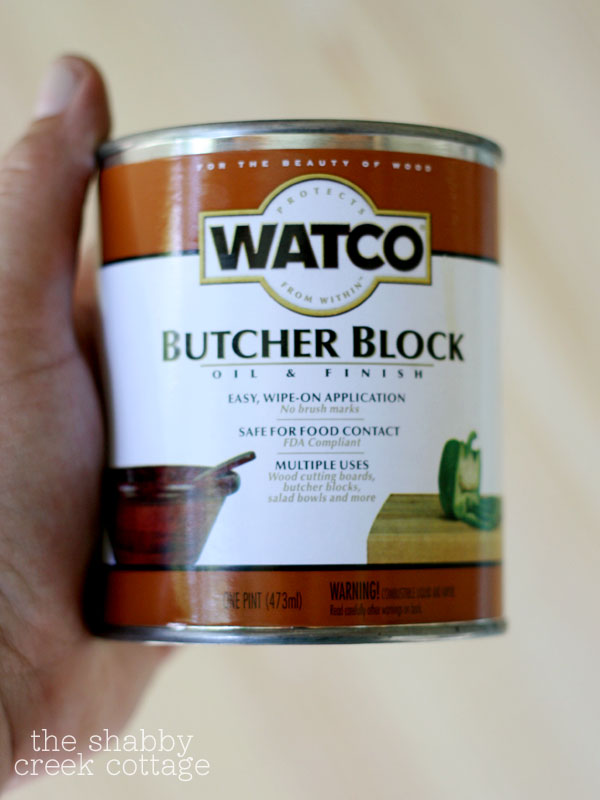 I’ve also had a few questions about what I use to seal them – and this is the stuff. As recommended, I do it every 3 months (I just did the second coating), and it’s been perfect. We have no stains or issues with them so far. Now, with that said, we’ve only had them 3 months – but I know folks who’ve had theirs for over a decade and still love them, so I’m pretty sure I’ll be in that group.

Is it the cheapest option? No. Is a low budget solution? Yes. $400 for a kitchen full of counters is a good deal to me any day of the week.

Have more butcher block questions? Drop them in the comments and I’ll do my best to answer them for ya!