Melted snowman ornaments aren’t really a new thing – but when my daughter wanted me to make her one I knew I had to put my own spin on it. And I really didn’t want to have to go buy stuff to make it (like clear ornaments) so I came up with this quick craft idea – and it turned out so cute that I wanted to share it with you! 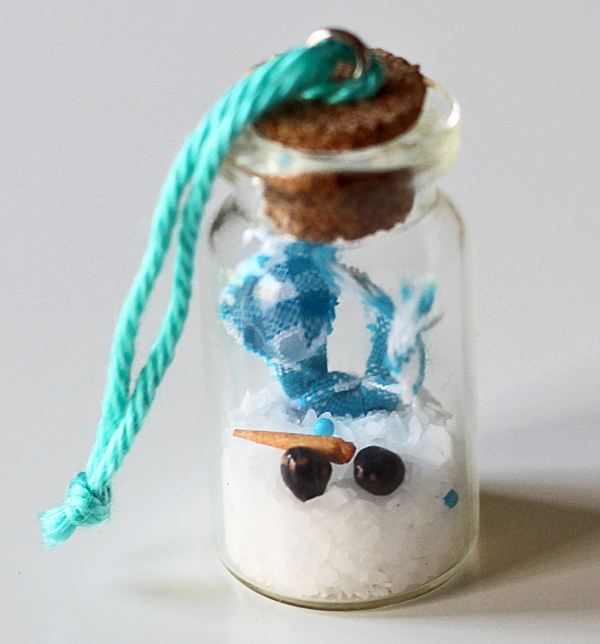 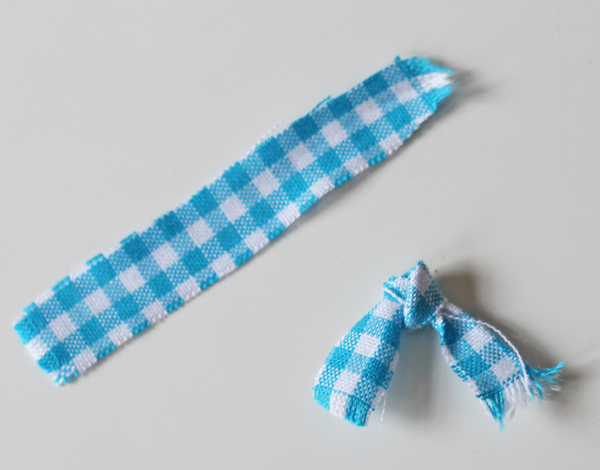 I stared with a tiny scrap of fabric, about 1/2 inch wide by 6 inches long. I frayed the ends and tied it in the middle – hello tiny snowman scarf! 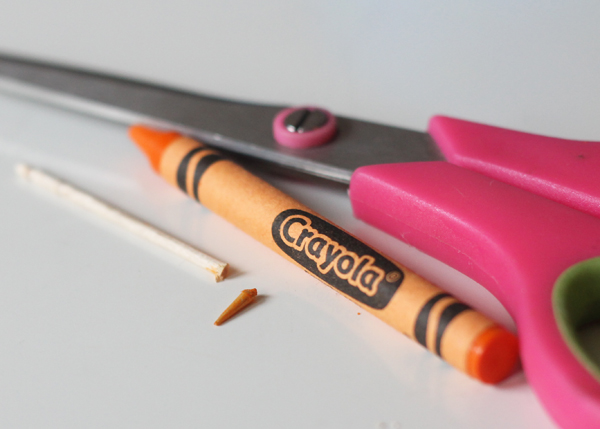 The nose was the tricky part for me – so I colored the end of a toothpick with an orange crayon. Then I cut off the end and colored the cut part. 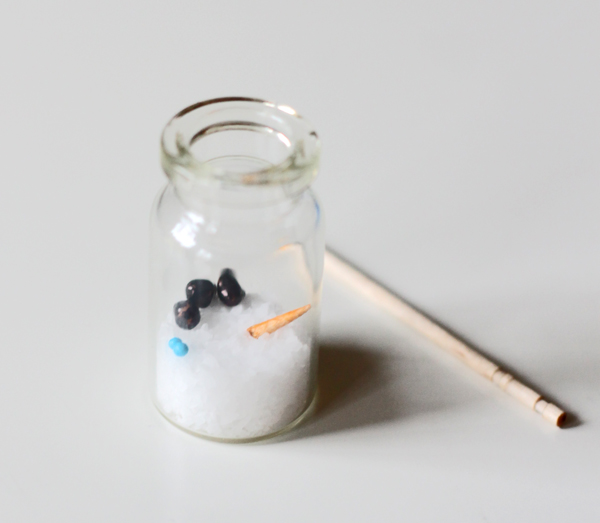 In a small apothecary jar (that comes with a cork), I put in about a tablespoon of salt, three black Nerds (but you could also use pepper corns) as the buttons and two blue sprinkles (for the eyes) and the nose. Then I used the toothpick to put in the scarf. 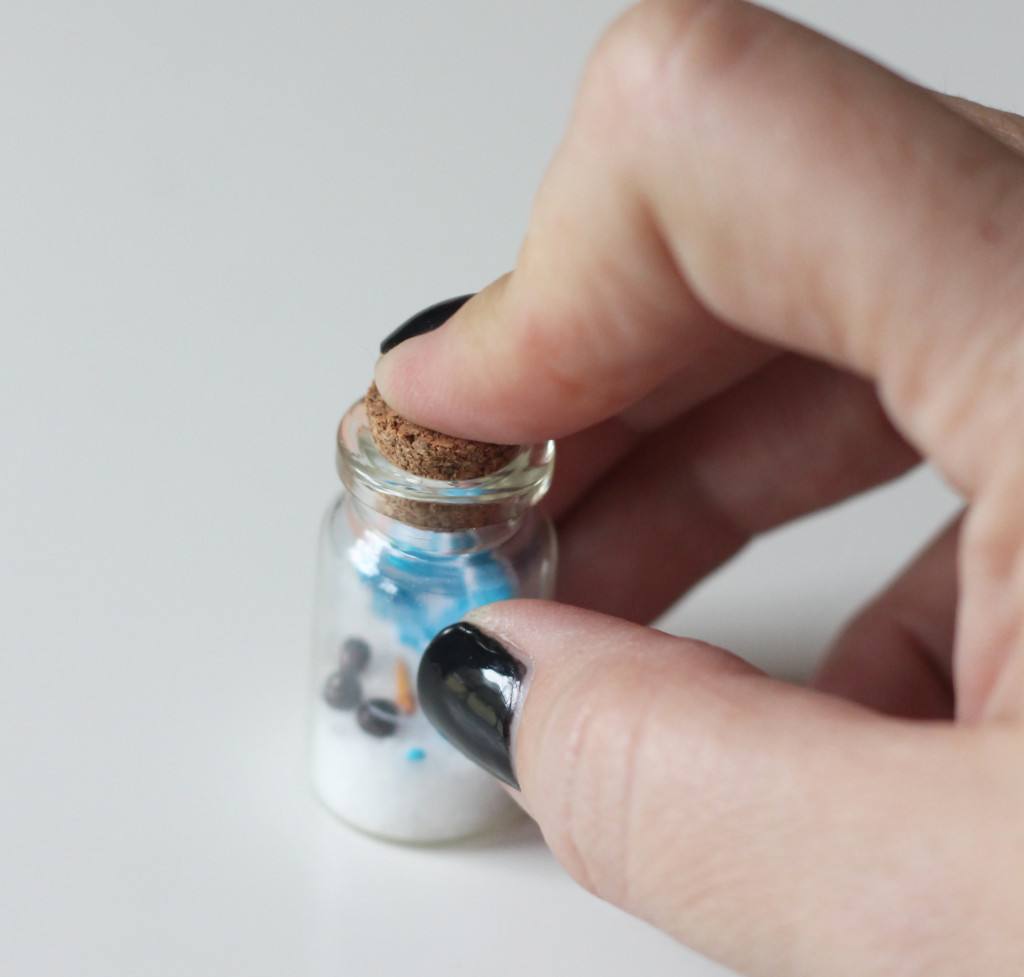 Then I pushed the cork in nice and secure. 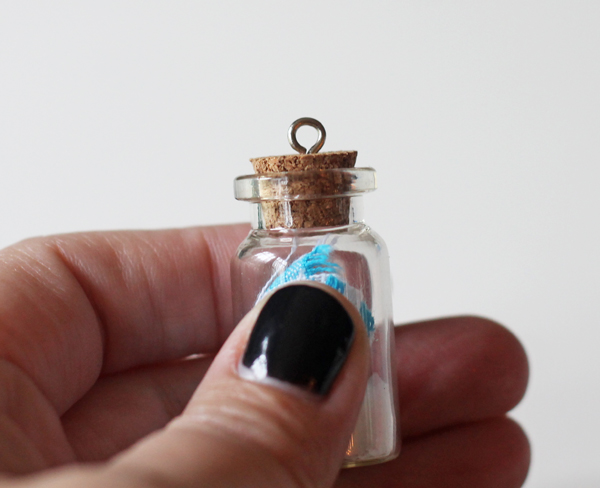 Then I added a tiny eye hook at the top, just by screwing it in by hand. It’s super easy and holds really well in the cork. 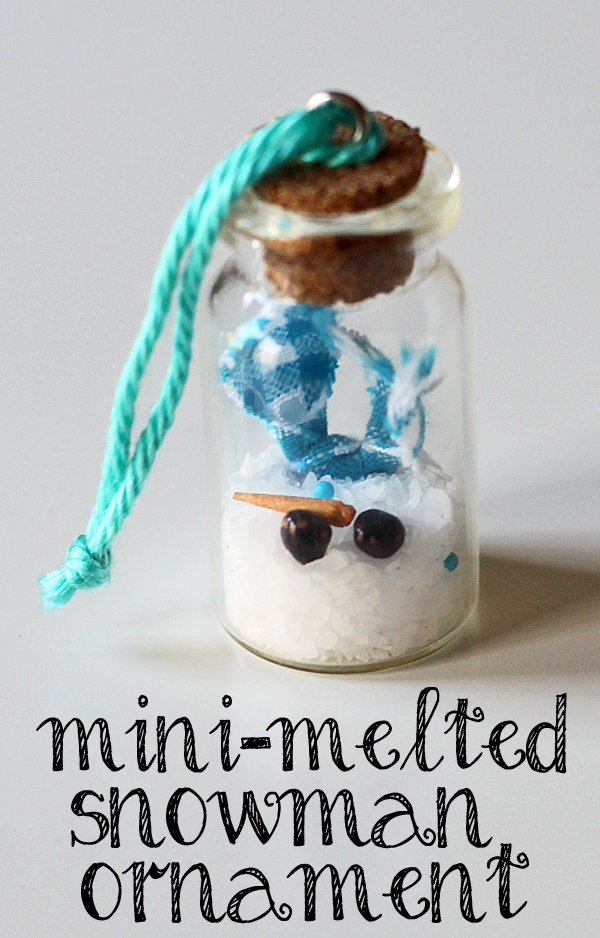 Then I added a little string and it’s ready to hang! My daughter loves her mini-melted snowman ornament – and I love how they turned out! 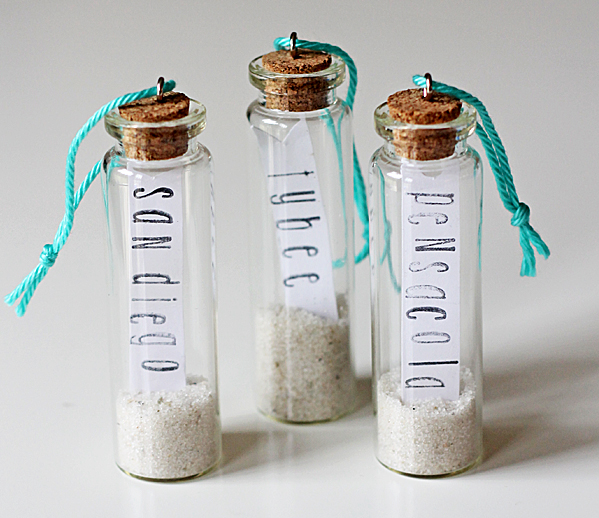