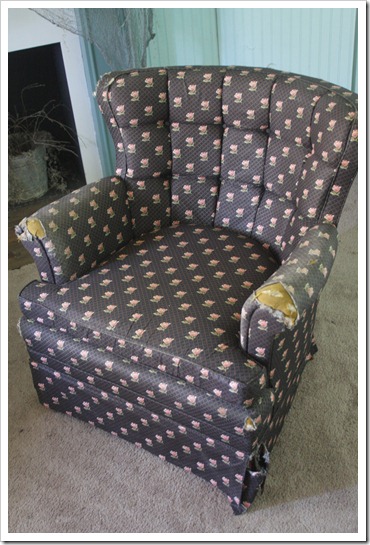 A couple of weeks ago, Bre & I were shopping at Goodwill and found this chair on the sidewalk out front. It was comfy, but really ugly. Seriously ugly. So ugly in fact that I looked it over and thought “That’s a great deal,” and walked away. Then I came home and the thought of that poor chair started haunting me. It was $4.99 – a measly $5 – why in the world didn’t I buy it??? The next morning I woke up and decided that I HAD to have the chair. So, I got dressed, went to town and headed straight to Goodwill. All the way there I thought, “If that chair is still there then it’s coming home with me.” And it was still there on the sidewalk. 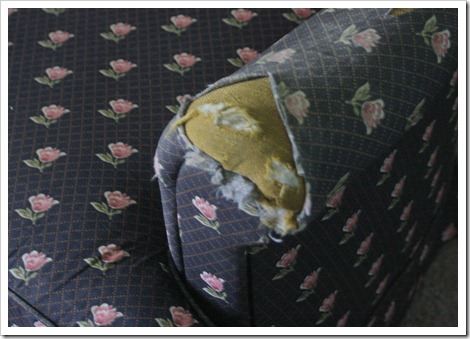 I took off the tag and walked inside to pay – and joy of joys the ticket was the color of the day – which meant my $5 chair was now a $2.50 chair – hurray! I paid, loaded it into the truck and went home. I put it in my living room, threw a blanket over it until I decided what to do with it. Originally, my plan was to slipcover it. Oh how I love a good slipcover! But, I was intimidated by her curves & lines, so she sat under the blanket for nearly 2 weeks. 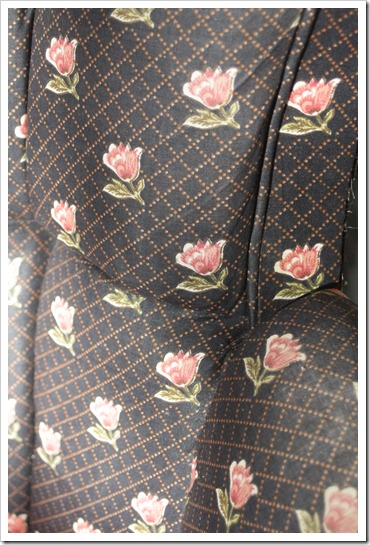 Once I built up my courage, I realized that it might be easier to recover it than to slipcover it – so that’s what I did. I scoured Pinterest to learn how to reupholster it. I read up on double welting tutorials (Much To Do With Nothing has the BEST!). I carefully studied the lines of the chair & thought long and hard before I began cutting a $10 Big Lots drop cloth to pieces. But it worked. 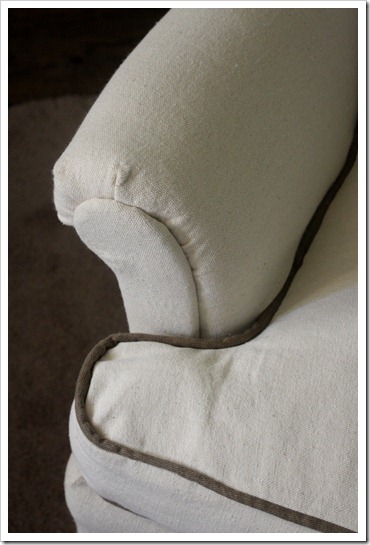 So what did I learn? A) Just jump in – don’t let the fear of a $2.50 chair eat at you for 2 weeks. It’s kinda silly now that I think about it!. B) Reupholstering this chair took WAY longer than it should have because I didn’t have the tools or the knowledge going in. Yes, it does look good – but that $200 fee to let someone else do it better than I did would have been well worth it – and it would still be a bargain for such a cute, well built chair. C) Walking away from a deal might not be such a bad thing after all – hey, I did get it half price by waiting a day 🙂 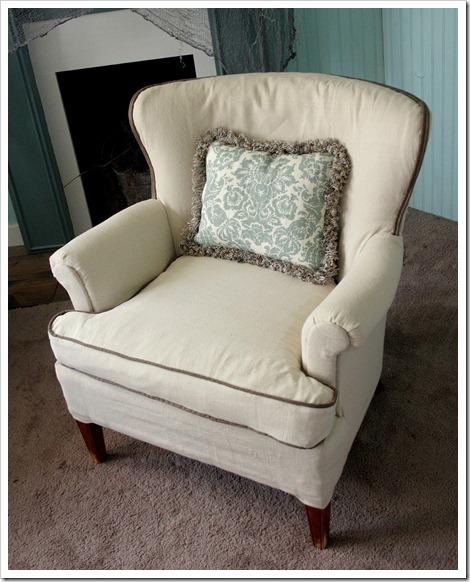 Tomorrow we’re gonna talk about that little pillow – it’s been after me for 2 years!