Hi, my name is Gina, and I’m a disco ball addict. My kids staged an intervention last week, but I really don’t think it’s going to take. I mean, who can resist their sparkly charm? Not me. I’m totally obsessed with them, and I have been for a few years now, so I don’t really think there’s a cure. Even if there was, I’d probably scoff at it and run in the other direction. This year is disco ball-a-palooza at my house. I found a ton of different sizes of them at Big Lots for pretty cheap, so I filled up the cart. My faves were the teeny tiny ones – and I’ve been putting them pretty much every where. I even made a disco ball garland. Wanna see? 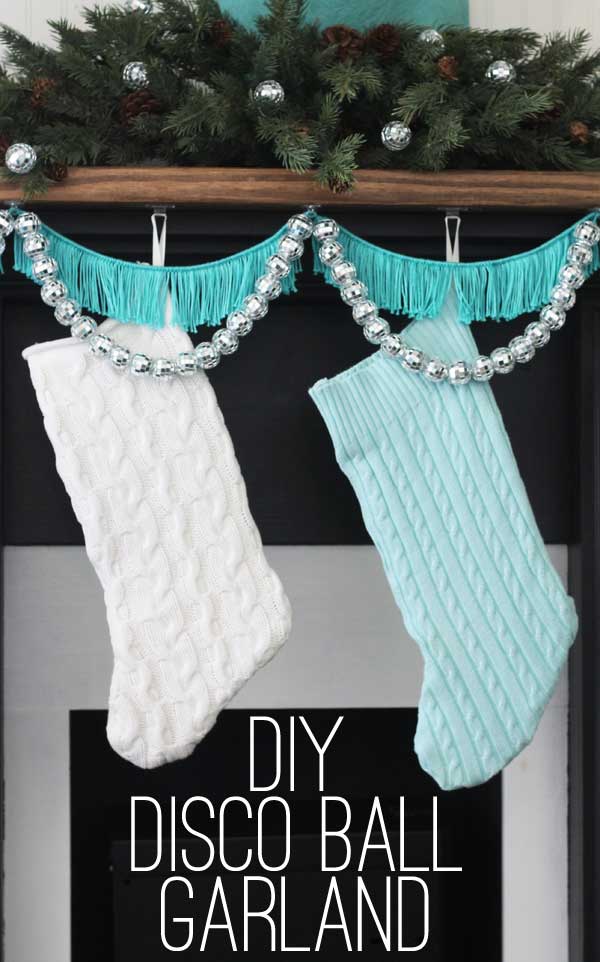 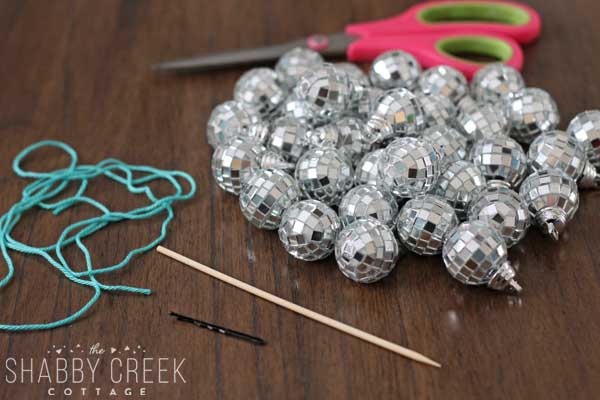 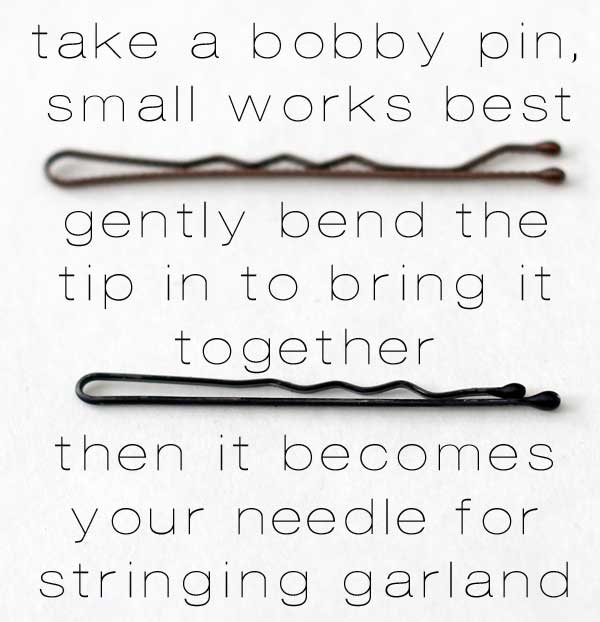 Before you get started, you need to re-engineer your bobby pin a bit. They are made with one straight tip and one that sticks out a bit. Using your fingers, gently bent the outie tip so it’s straight. It’s really easy and only takes a sec. You’ll need it straight because we’ll use it for our “needle” for stringing. 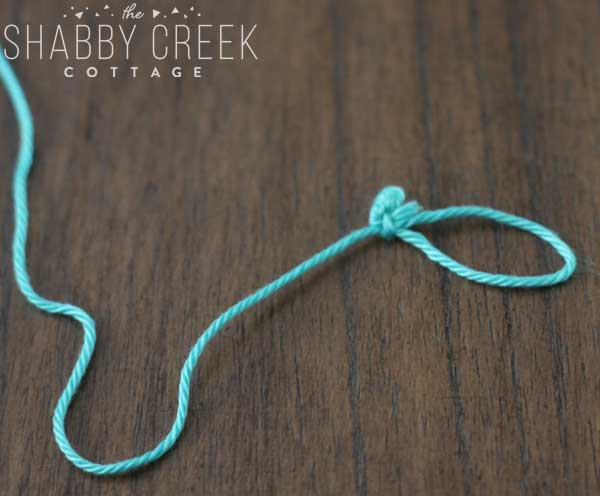 Start with your yarn/string. I used about 9 ft, with about 6 inches on each end of it for loop making. Those loops aren’t truly necessary, but if you plan on hanging it it makes it much easier. Start by tying a loop in one end, then knot it 4-5 times to get a big knot. That will hold your disco balls on the string once you’ve got them on there. 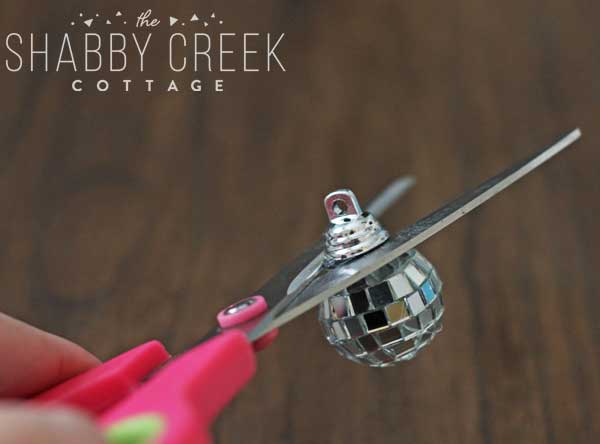 This is the hardest part: wrecking the disco balls. You need to get the top part out, which is glued in. Using utility scissors, kind of cut into the glue and wiggle the scissors a bit to help pop the top out of the ornament. Be careful, because disco balls are made of glass, so there are sharp edges. I didn’t get cut (not even once) but it’s highly possible – so work with caution. Definitely not a craft for kiddies! 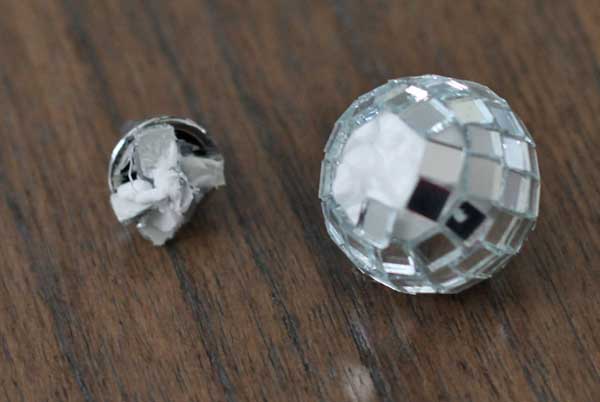 Once you’ve got the tops off, you’ll see foam in the middle – so we’re going to go through the center of the hole you just created to get our garland on. 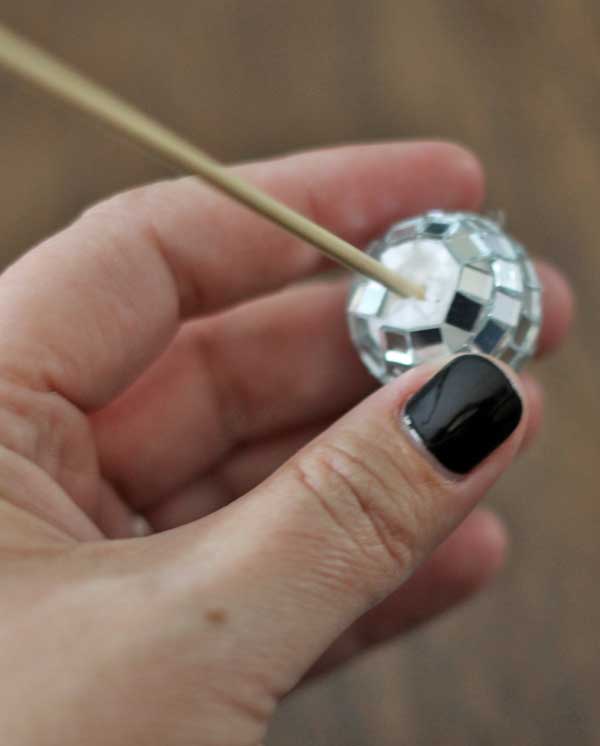 Using the skewer, push it right through the center of the disco ball. 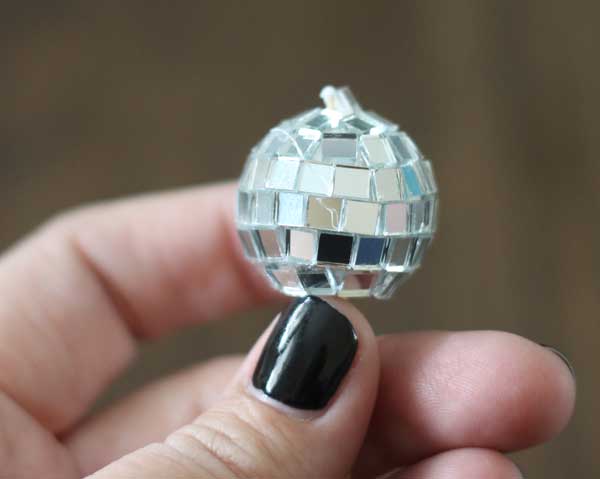 It will pop off one of the pieces on the bottom side, so pull it off and make sure the hole goes all the way through the ball. 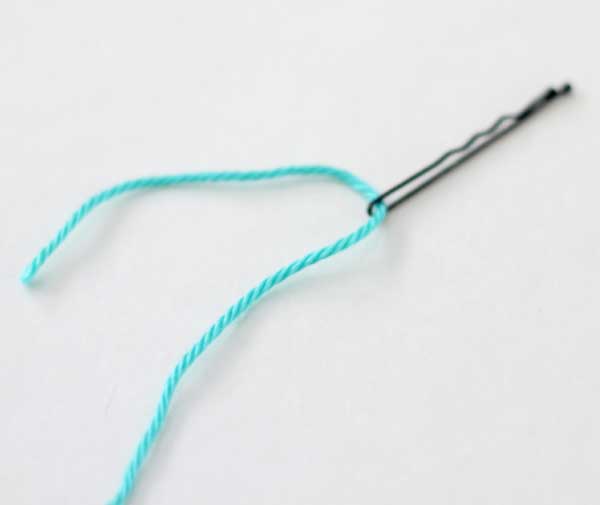 Next, thread your string onto the bobby pin, you’ll only need about a 6 inch tail – it holds on there pretty easily. 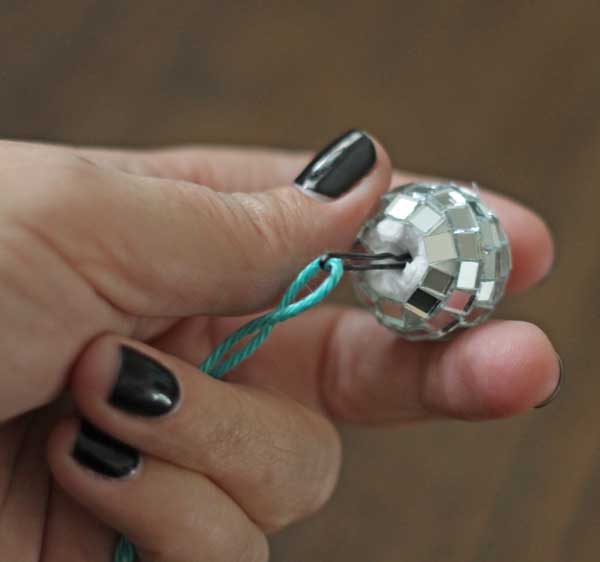 Push the bobby pin though the hole and string on the disco ball. 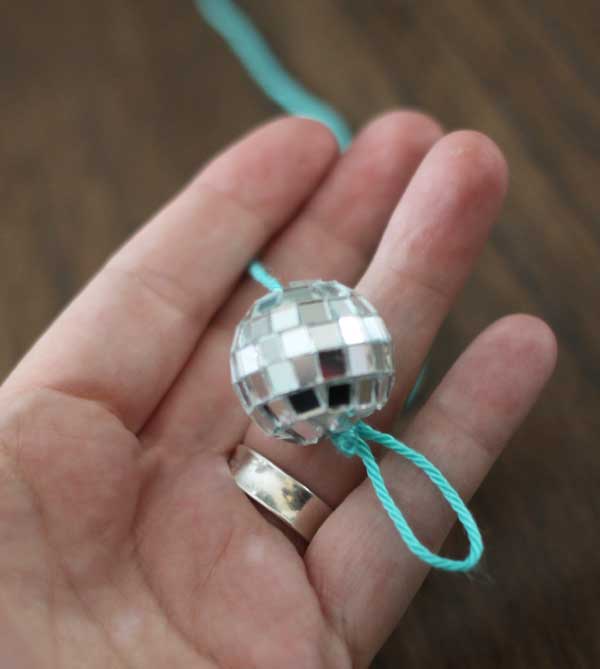 Do it 99 more times and you’ve got a garland. 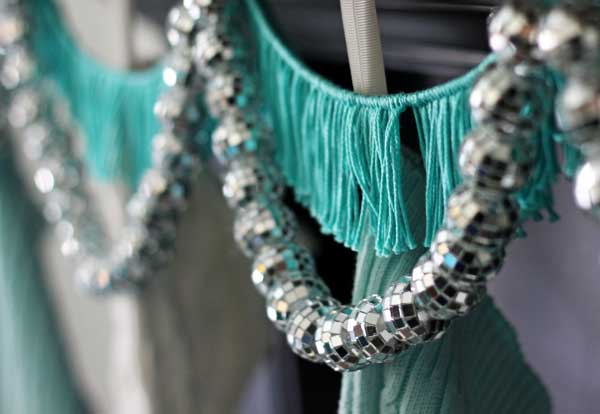 Just tie the a loop on the other end. If you’ve got a little slack between the last disco ball and the loop it’s ok – you’ll need that slack if you decide to drape them. I suggest using Command hooks for putting it on the mantel – that’s what I use anyways. 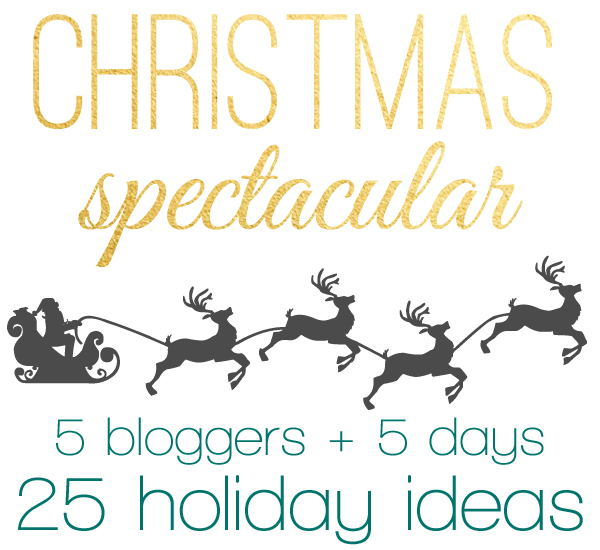 PS – If you’re a blogger be sure to stop by on Friday, we’re hosting a link party for YOUR holiday ideas!