Spring is finally in the air, so I’m ready to work on my outdoor decor, with projects like my DIY pillar solar lights. They’re made using those simple stake solar lights that are super cheap. The problem with those metal tubes is that they can blow over in the wind, and if you have rocky ground (like we do) you may have problems getting them in the ground in the first place. And, since we never know which area of our huge yard that we’ll want to hang out on any given day. So, I came up with a way to stabilize the solar lights, make them move-able, and to make them pretty with an industrial twist. If you can make pancakes, you can do this project – it’s really easy and I’ll show you how! 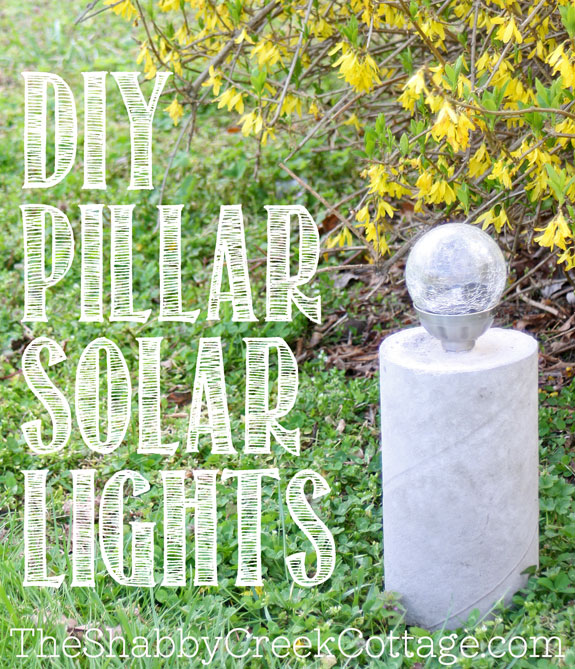 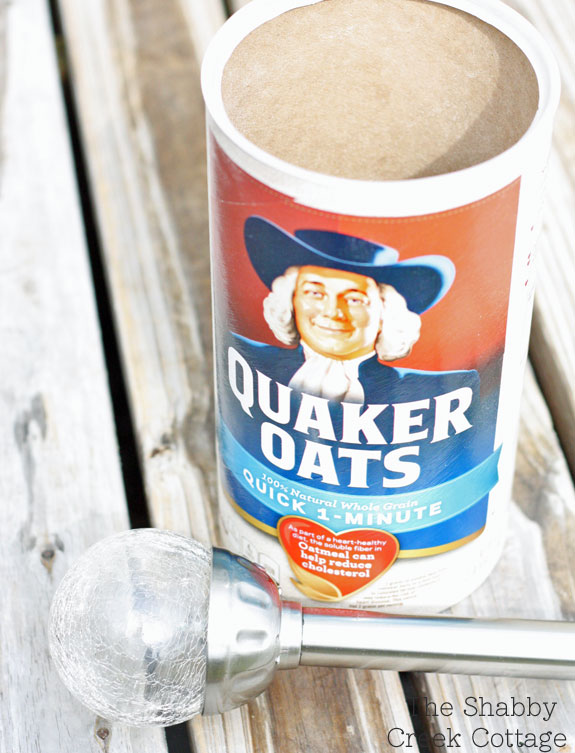 First you’ll need just a few things: You’ll need a solar light on a removable stake, you can pick these up at Lowe’s for around $5. You will also need an oatmeal container. I used a medium size one – because it’s almost the exact same height as the metal pole (we’ll get to that in a minute.) 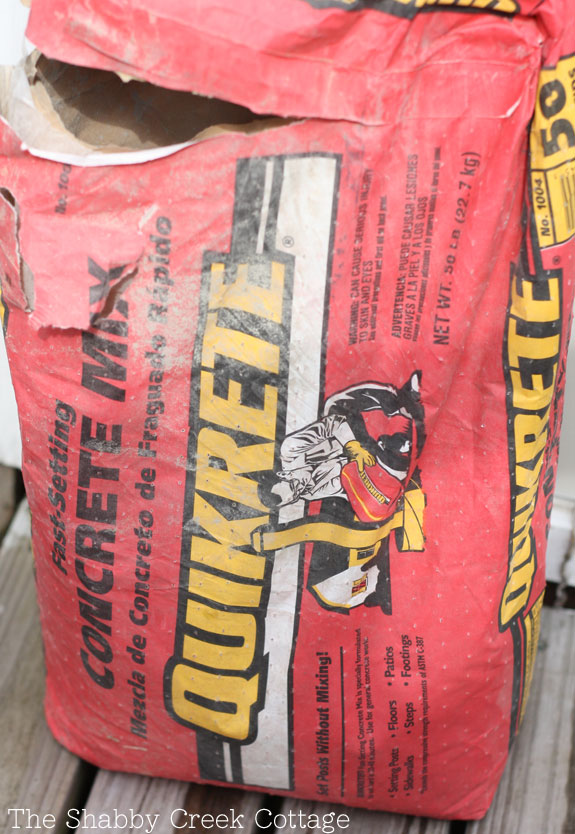 You’re also going to need some quick setting concrete – I used Quikrete in the red bag, also from Lowe’s. This stuff sets up really quick – which is good and bad. It’s great because your posts will be ready in about 24 hours. The only bad part is that if you’re making multiple posts you’ll need to mix it in small batches. The only other thing you’ll need is some water (which we used straight out of the hose.) I only used a tiny portion of the bag, so I’m pretty sure you could probably make about 20 out of one. 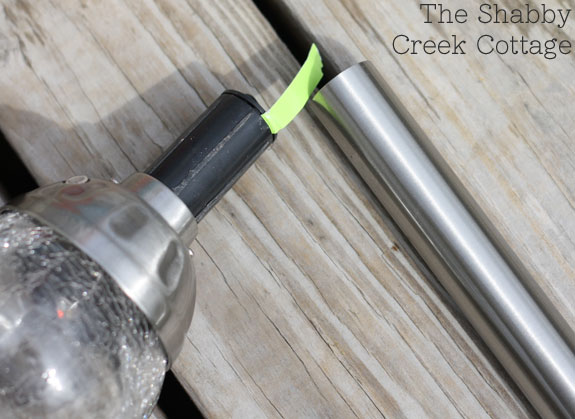 First, let’s do a little light surgery. Take off the top bulb part and set it aside, you’ll need to pull out the tab that activates the battery. You’ll also notice on the end (not shown in photos) the pointy part of the tube that is inserted upside down in the other end. Make sure the piece is still inserted into the tube, point side in, so that the flat section is down. If you don’t leave this part in, the tube will fill with concrete and your light won’t go in later. (I learned this the hard way.)

Also, tap out the empty oatmeal box to get rid of any lingering particles, so that it’s ready to hold the concrete. 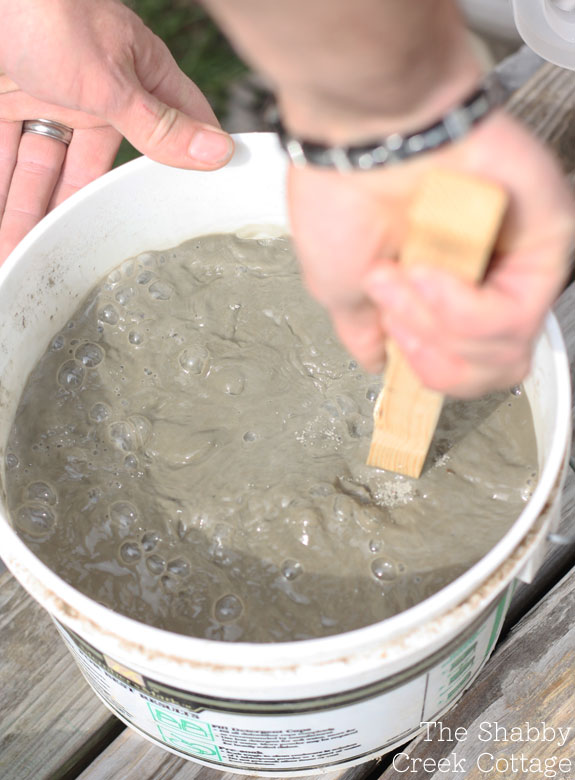 Next, mix together your concrete, adding a little water at a time until it’s about the consistency of thick pancake batter. 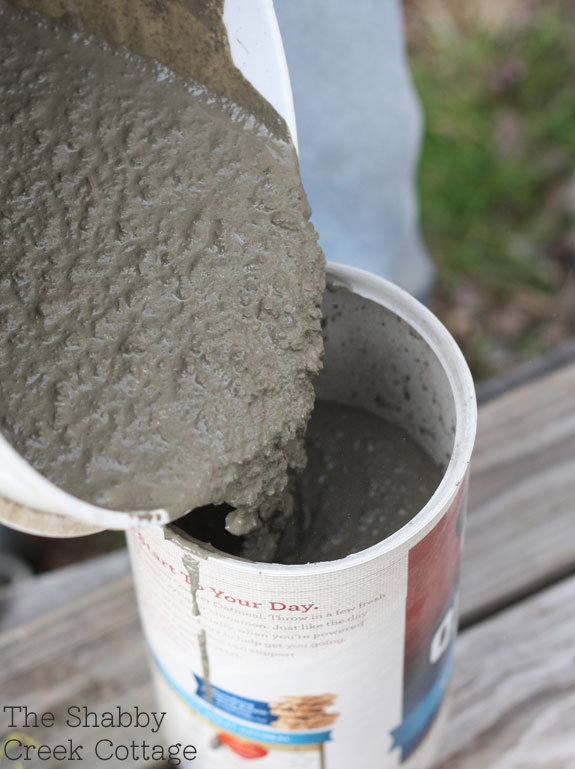 Now, pour it to *almost* the top of the oatmeal container. Why an oatmeal container? Because it has a waxy coating on the inside and the concrete won’t stick once it’s cured. And also – it’s a great way to recycle! 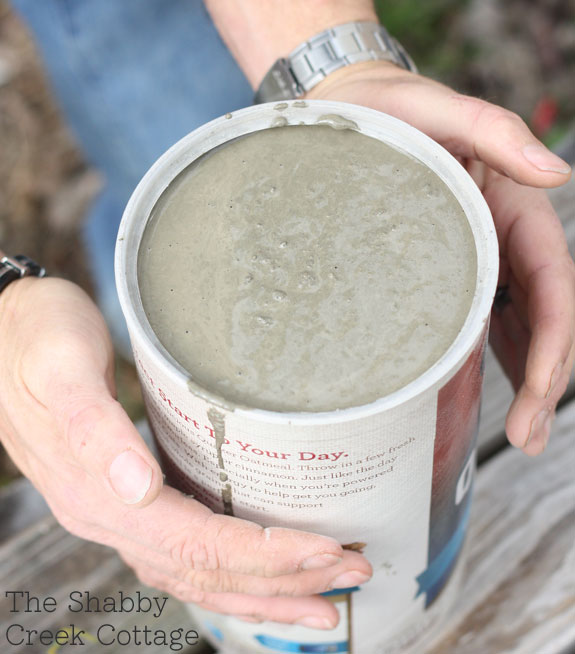 Next, tap, tap, tap  on the sides to get out the air bubbles. 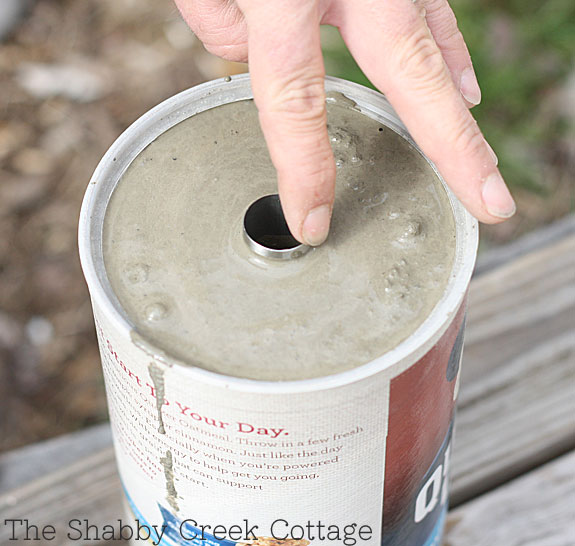 Then insert the tube into the middle of the concrete filled oatmeal container. 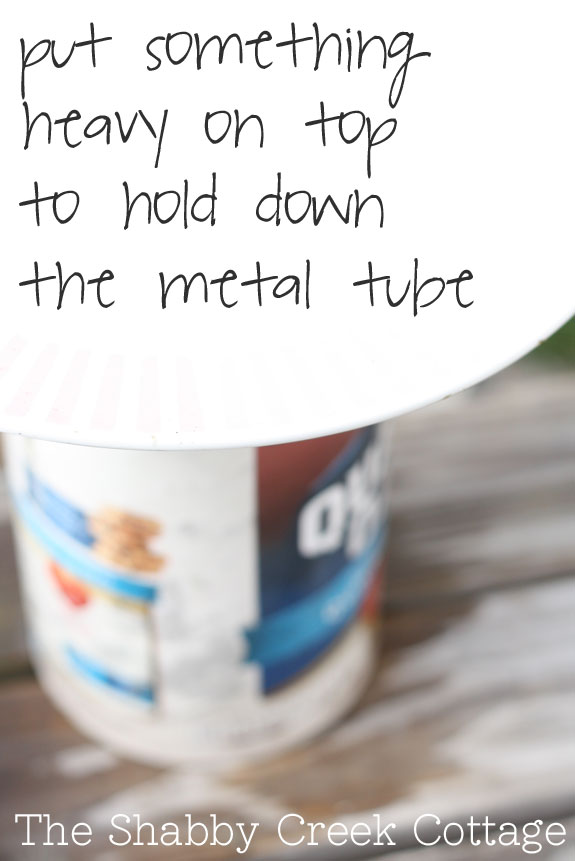 Put something on top, so that it holds the tube in the concrete, if you don’t it will just float to the top. You want the tube buried, ya know?

After 12 hours, carefully peel off the oatmeal container. After 24 hours, it’s cured and ready to go. 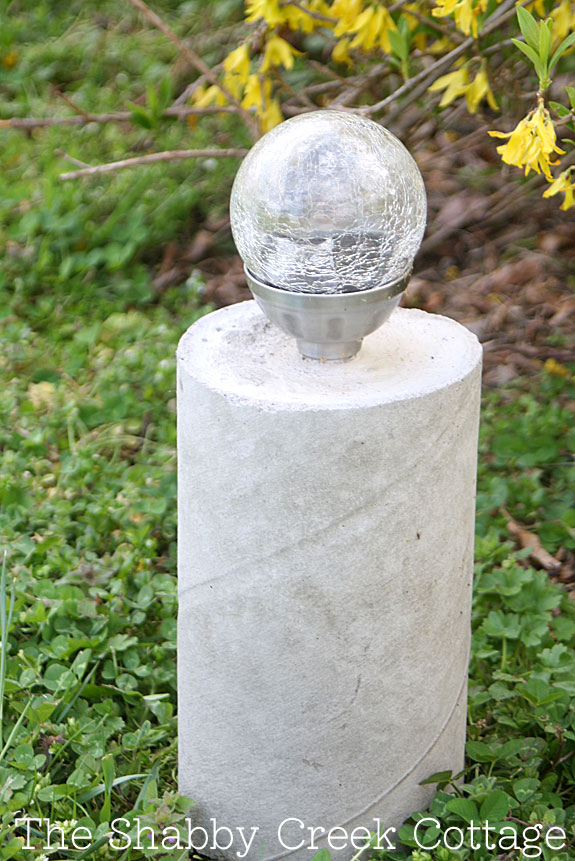 Just put the light back in the tube as it goes, and you’re ready to soak up the solar rays and light up your evening events. I think a row of these would look amazing around a pool, too, don’t ya think?
Like this solar light project? You may also like my DIY upcycled solar light.
Thanks to Lowe’s for partnering with me on this post. You can find other great ideas at Lowes.com