November was a hard month for me. One of the hardest I’ve had in years. Not because I had some catastrophe happen, but something inside of me hadn’t been happy in a while. A long while. At first I thought it was depression (because being bi-polar I’m very susceptible to it), but it was more than that. I was tired…. so tired I could feel it in my soul. So after months of feeling this way I realized that things were going to go down one of two ways: I was going to have to take a break – or I was going to have a breakdown. A break sounded a lot more fun (as well as a lot more affordable.) I needed a get away where I couldn’t feel the pressure of the internet or my kids or basically anything from life. And the best solution I could think of was a cruise. 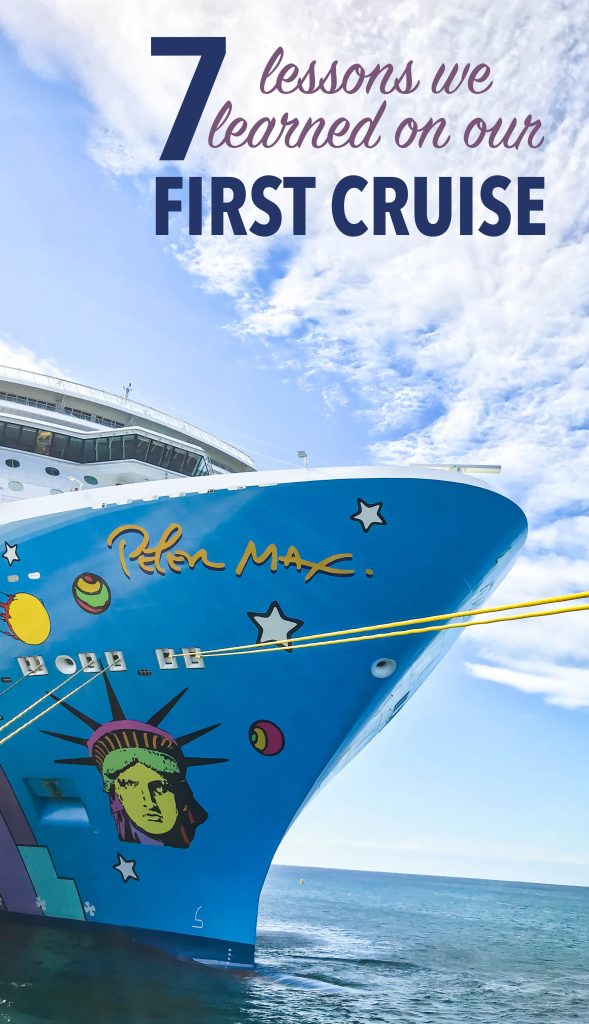 On a Monday I booked us a room on the Norwegian Breakaway out of New Orleans – and we left the following Sunday on our first cruise. Crazy short notice, right? Well that’s how I like to take trips. Which leads me to my first lesson..

One: Book last minute rooms if you can. I can’t really attest to other cruise lines because I haven’t used them, Norwegian offers “Sail Away Rooms” which means you can get amazingly cheap deals on great rooms. Like more than 1/2 off. Here’s the catch: Regular priced rooms come with tons of extras – like free alcohol, free premiere dining, free internet,  excursion credits, many times you can even get the 3rd and 4th guest for free, or even get your airfare free. We didn’t get any of these in our room, but it was about 1/3 of the price of a regular priced room. Which saved us over $1500 on our first cruise. The only lure for us *might* have been the free drinks. But I did the math and at $20 a pop, I would have had to have 50 drinks to make it worth it. And I think the entire trip we only had about 10 drinks on board. So spending the $150 for drinks versus the extra $1500 on a room made it worth it. We did buy the soda package for an additional $65 each because the free beverage options weren’t so great.

Two: Sometimes the deal isn’t such a deal. I just explained how we decided to choose the Sail Away Room for our first cruise, but our next cruise will definitely be a family affair with 8 of us going. If I book during the right time, our 3rd and 4th guest will be free in each room (you can only have 4 to a room) – so instead of going the cheap way, we’ll be better off paying full price and getting the extra amenities.

Three: Explore the ship as early as you can. One of my few regrets from this cruise was that we were so intimidated by the size of the ship that we found a couple of places we kind of liked the first day and pretty much stayed right there until half way through the trip. I so wish we had explored the ship fully our first full day at sea. We missed out on spending time in some what turned out to be the best parts of the ship because we simply didn’t know they were there. So look around – you never know what you’ll find. 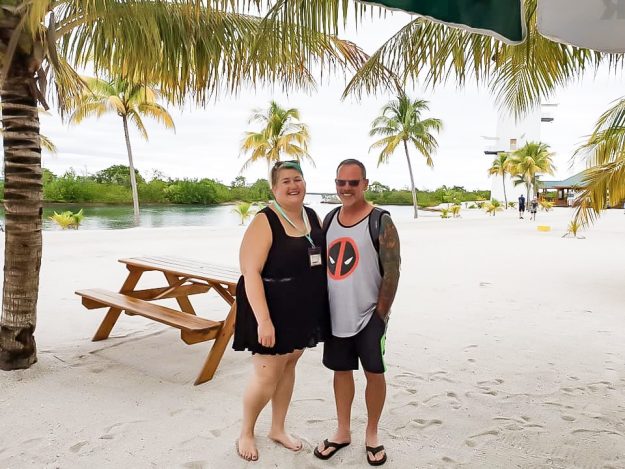 Four: Take at least one excursion. This is by far one the single biggest regret that I have and one of the hardest lessons learned on our first cruise. We had no clue what to expect or how it all worked, so we just walked off at port and wandered around. From the moment we stepped off the dock, all the passengers were bombarded with sales people at every single step. I so wish we had explored Chichen Itza or Tulum while in Cozumel. Or done another one in Costa Maya. However I was so worn down before we left that I couldn’t think straight let alone pick an excursion. We are absolutely taking this cruise again – and one of the main reasons is so I can do the excursions we missed out on. Even though I wish we had taken excursions in Mexico, my favorite part of the trip was in Belize where we just wandered around drinking & shopping & eating on the cruise’s private island. It was BLISS!

Five: Entertainment is everywhere. No matter what you’re into, there was something to do for everyone. From casinos (where I lost too much money) to rock climbing walls, fancy restaurants, classes, even broadway style shows and so much more – you’ll never be bored. We were lucky enough to be on board when the group Carole’s Kings was doing a show and it was phenomenal! This trio of gentlemen covered Carole Kings iconic hits with a breath of fresh air that had us singing along and dancing in our seats. It was SO good! We also found a piano bar on board, attended an art auction (where I bought my first piece of real art) and sampled foods from all over the world at the many restaurants on board.

Six: Book in the off season. Well this one is mostly if you want to have a cruise with less kids. There were only about 30 kids on the entire ship that consisted of 4,500 passengers and 1,600 crew members. We went the week before Thanksgiving, which was coincidentally the inaugural cruise of this ship from this port. Of course, we didn’t know that until half way through the trip. What we did know was that the week before the week of any holiday are some of the best travel times of the year (except Christmas). If you can go at any time of year and want a relaxing couple’s trip – choose the off season.

Seven: You can nap if you want to. It’s your vacation. If you don’t want to get off the boat at port – don’t! You’ll find the ship is almost empty and the hot tubs and pools are the calmest. Don’t feel guilty because you aren’t doing something every moment of every day. Relax. Vacate your life. Enjoy yourself. And if you want the full effect, then don’t buy the internet so you can unplug for a while. It was the best part of the trip for me.

At the end of the trip, I felt relaxed. I came back with a fresh set of eyes, found myself again and can breathe without feeling overwhelmed. But that’s a story for another time. If you’re thinking of taking your first cruise, hopefully some of these tips will help you out. Got some you’d like to add? Leave them in the comments below.