Recovering a chair cushion can seem a little daunting at first, especially if there are curves involved. I’ve done a few of them over the years, but I’m still intimated by the thoughts of all the cutting, pinning, sewing and then making adjustments to get it just right.

And then I thought, “Why do it the right way? Why not just Gina it up and do your own thing?” And so that’s what I did. If the proper way seems a little intimidating to you, then maybe my cheater’s method will work for you, too. After a lot of thinking, I finally decided to jump in and just do it – and it wasn’t nearly as hard as the standard method. But then, y’all know I never go with convention, because winging it seems to work just fine for me 🙂 That’s why this is an easy chair makeover. 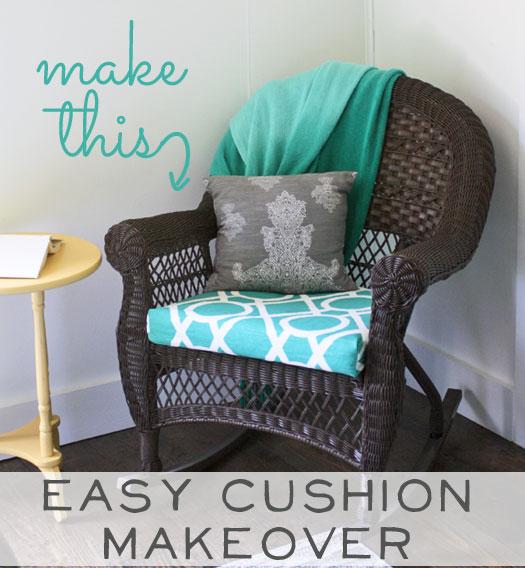 I started with this chair that I found at Kirkland’s . It’s super comfy, and not a bad deal since I got it on sale for around $100 (with a gift card provided by them). But that cushion? Yeah, it was an outdoor fabric and wasn’t comfy at all. So I knew I wanted to change it up. 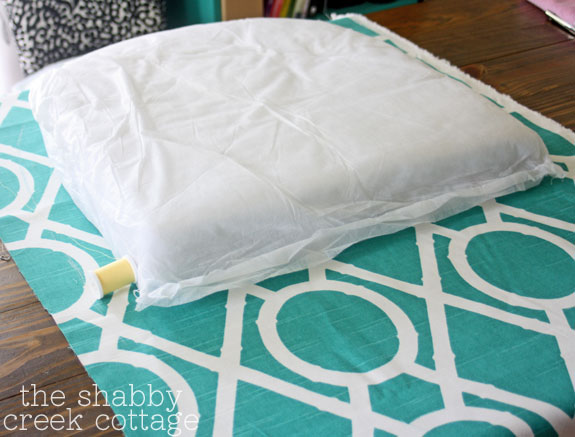 For the easy chair makeover, I started with some leftover fabric from my curtains. I know, y’all have Facebooked me, Tweeted me, emailed me, and Instagrammed me – everybody wants to know about those curtains! Yes, I made them, and we’ll talk about them soon, pinky promise!

Back to the cushion… I started with a yard of fabric, and laid the cushion (minus the cover) on the middle, with the straight end towards the middle. 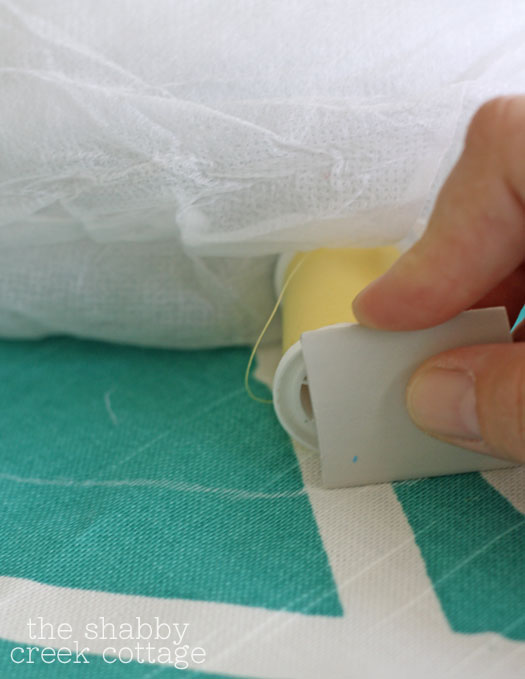 Tracing just around the curved bit (not the straight front part), I took a spool of thread to act as a spacer, and used chalk to draw a line around the sides and back. 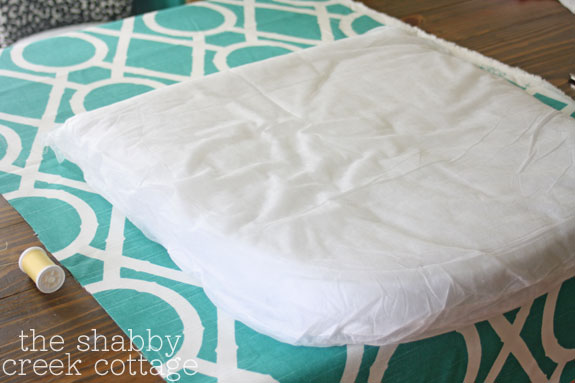 Being careful to keep the cushion lined up, I flipped it over, rolling it on the front, then over on it’s other side to create the outline for the second piece. I used the spool/chalk technique and traced along the sides and curved back, basically making a big oval. I connected the 1st half and second by free-handing the chalk line to connect the two. 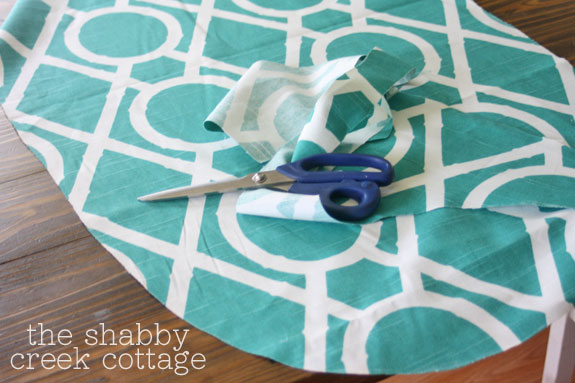 I cut the whole piece out together. DO NOT cut them apart.  I folded it in half and lined up the curved parts, then found the center of the curve (by simply folding it in half, finger pressing, then unfolding it.) 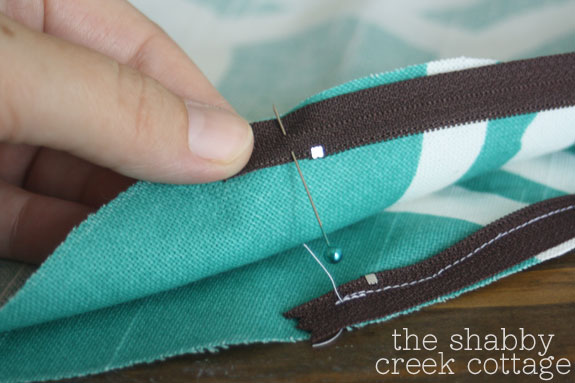 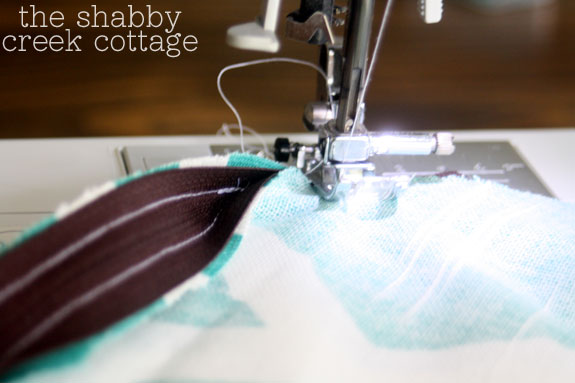 Next I opened the zipper half way, then started stitching at the ends of the zipper, all the way around the sides to the front fold. 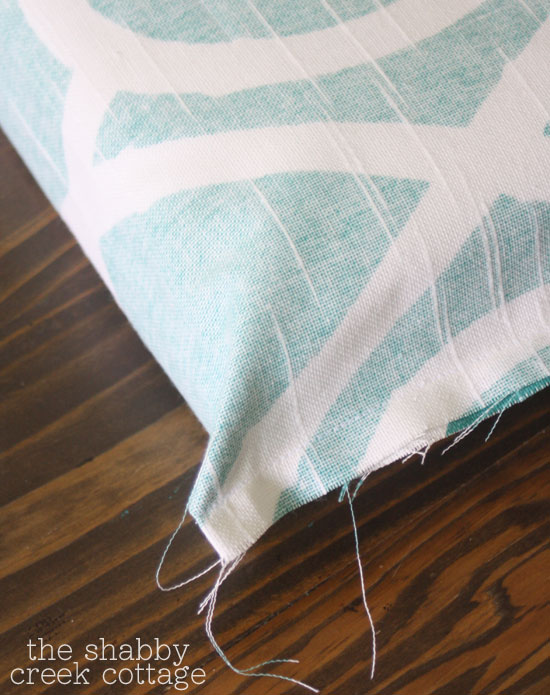 After the sides were both sewn up, I put the cushion into the cover (while it was inside out) to mark the last seams. I made a little pleat on the excess fabric on the corner and marked it with a pin to know where to stitch. 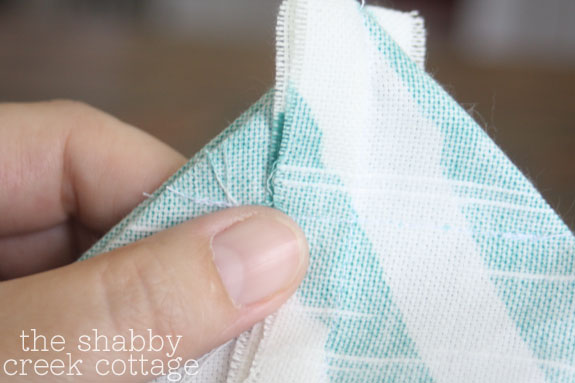 I matched up the marks and made sure that both sides were even before stitching. 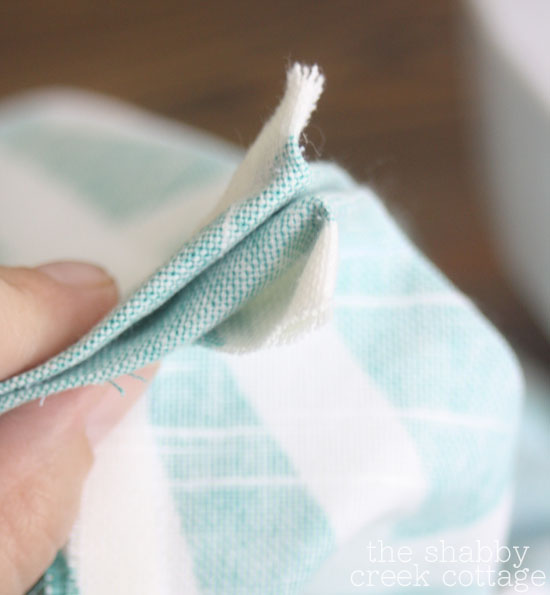 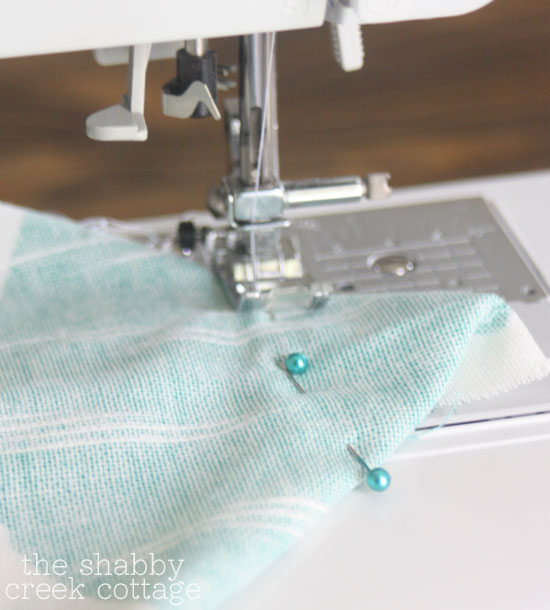 Next I ran a stitch across the corner, giving it room to open up to become more square on the front edge.

I trimmed the corners, turned it out, ironed it and put it on the cushion. That’s it! 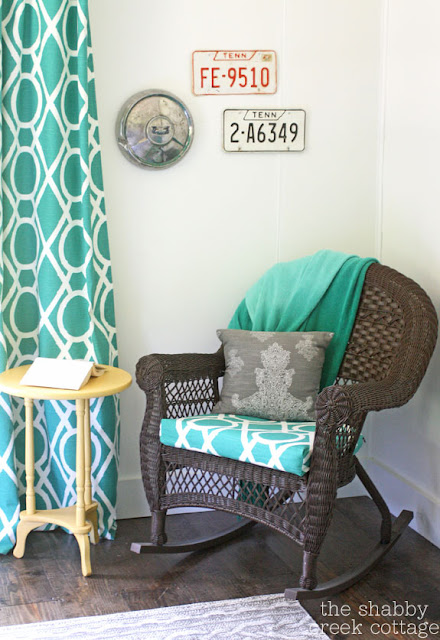 In under 30 minutes, I’d covered the cushion. The chair looks so much different with just a little fabric, I think it’s a keeper!

See that little yellow table? Stop back by tomorrow because we’re gonna talk about it…

*Thanks to Kirkland’s for providing the chair for this post! All ideas & opinions are 100% mine.*