The calendar says it’s summer, but we’re only in the 80’s here in Tennessee. In July. Crazy weather, I tell ya. While it’s not hitting the triple digits (thank goodness!), we’re always looking for ways to stay cool. If you’re ever in the mood to make two teenage girls insanely happy, buy them a pool – you’ll instantly win the award for best parents of the year. While they’re seeing lazy days hanging out with their friends, you’re seeing the mountain of work that goes along with it. Fun times.

Much to their dismay, there are certain times when they just can’t swim. So, instead of listening to whines and pleas to jump in, I decided that we needed a pool closed sign to let them know the off limits hours. Mostly the sign is for cleaning & chemicals, but it’s never a bad idea to make them get out of the pool – well, at least long enough to clean their rooms. To make my life a little easier, I made a simple sign. No whining, no arguing – a clear cut way for them to know when not to swim. Making a pool sign is super easy, especially when you use a Silhouette. For this project they supplied me with the Designer Edition software, which is much more user friendly than the original. 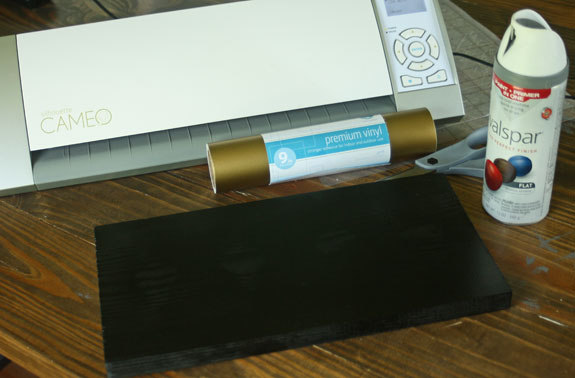 I started with a scrap piece of 1×8 wood, about 12 inches long. First I spray painted it black, giving it a few coats until it was covered well.

Next, I used the machine to cut out the words “Pool Closed” on vinyl. It doesn’t really matter what color you use, because it’s only a tool to create the wording. 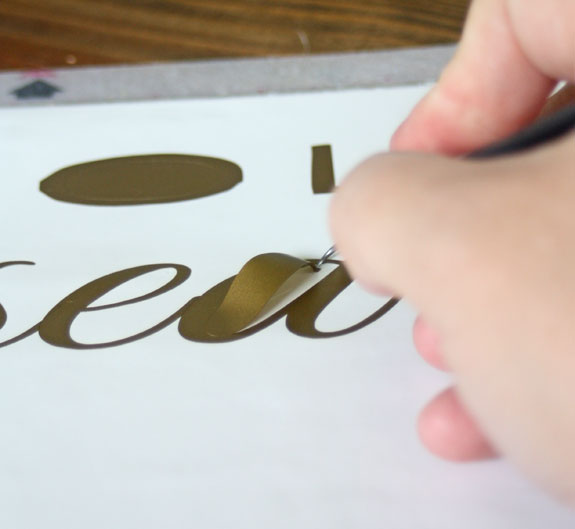 Once the letters were all cut out, I took away all the negative space and picked out the centers of the letters.

I cut apart the two words, separating them to make it easier. 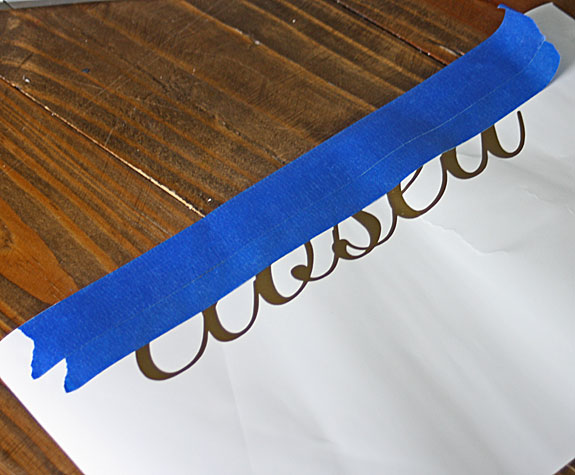 So here’s my big tip of the day: Once you have the letters cleaned and ready to peel off of the backing paper, put some painter’s tape on top and rub it down well. Peel it up, and you’ll leave the paper behind while grabbing the letters. 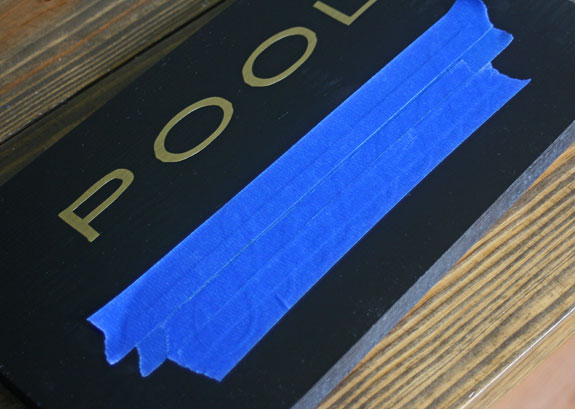 Then rub the letters down on the wood where you want them, and burnish in the letters with your finger really well. Now you can peel off the painter’s tape and it will leave the letters behind.

After the letters were all in place, I gave the sign a few coats of white spray paint. 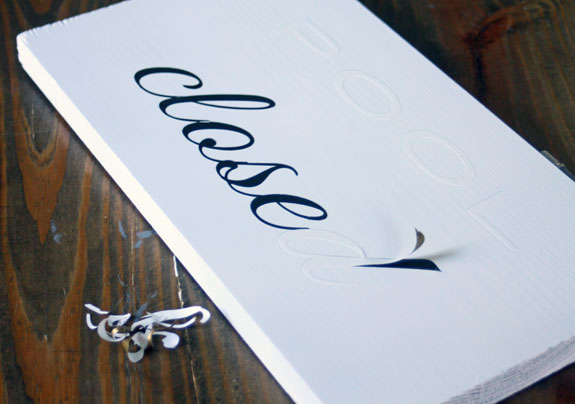 When it was completely dry, I peeled off all the letters, which left the words black. That part is kinda like magic. Lastly, I drilled pilot holes in each end on top of the sign and screwed in some hooks to hold the chain. 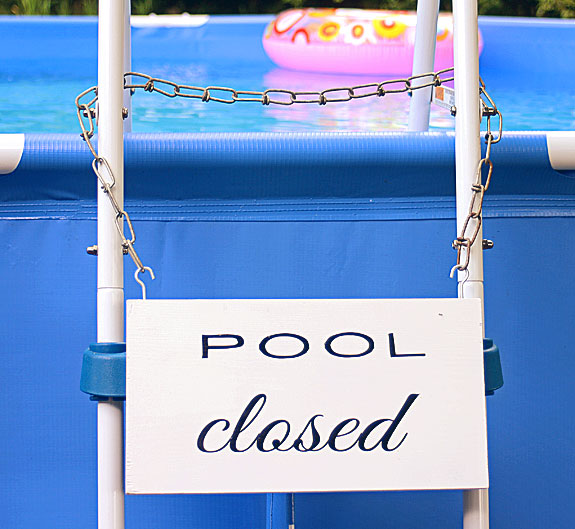 Now, when the pool is off limits, I simply loop the chain through the ladder and hook it onto the pool closed sign. Simple solutions always rock 😉

« how to make a king size headboard from a hollow core door
make this: turn a lantern into a light fixture »