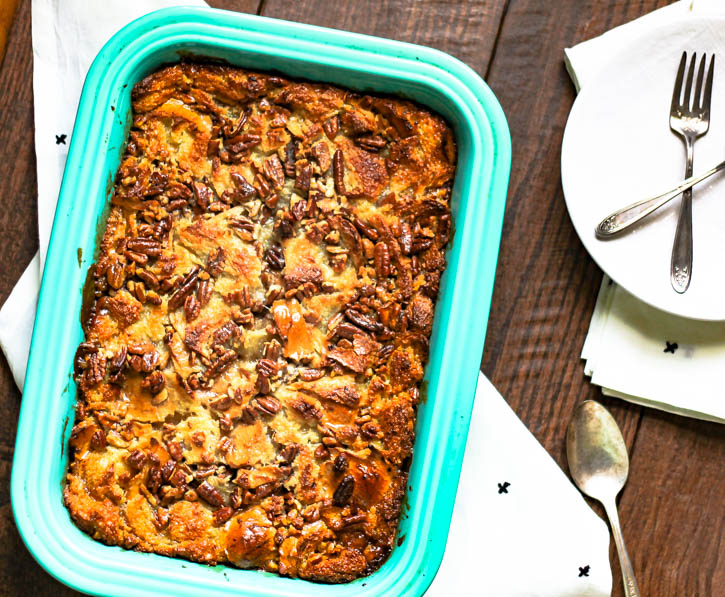 A few weeks ago we took a trip and started in Savannah. Well, technically we started in Senoia, GA because we’re Walking Dead nerds and wanted to see some of the filming spots. But the first “real” leg of our trip was in Savannah. We spent three days there before moving on to Charleston.

While we were there, we ate at some crazy good places, but our favorite was this place called Churchill’s Pub. It was on Bay Street, not far from our hotel in the historic district. Truly great food. The entrees – the drinks (I highly recommend the Margarita in the Garden of Good and Evil) – but the dessert was what stayed with me.

Now granted – I’ve shared the recipe for Pecan Cobbler before – which is somewhat similar (but not really) – however this recipe is SO much easier. So if you liked that one, you’ll LOVE this one!

As I devoured the Pecan Pie Bread Pudding, I thought (in a slightly tipsy stupor) that I really needed to figure out how to make it at home. And while I did figure out a version, it’s not identical to theirs. But about two dozen taste testers at Thanksgiving agreed… I have to share the recipe with you. 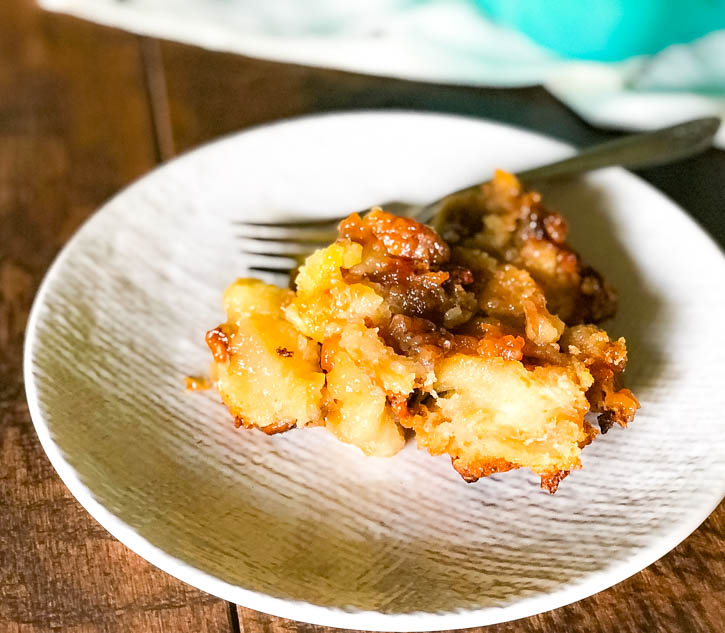 So without further ado – here’s how to make Pecan Pie Bread Pudding. Granted… it’s not cheap. There aren’t many ingredients, but it calls for a lot of them. Oh – and it’s so damn addictive that you need a warning on that part, too. So consider yourself warned.

OH! And one last warning… if you make Pecan Pie Bread Pudding for a holiday dinner, don’t expect to have leftovers 😉 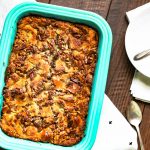