For as long as I can remember, my girls have always loved play food. Even though they’re big girls now, they’ve been begging me to get Brady some play food, not just for him, but because they wanted to play with it, too. When Silhouette sent me some of their new Heat Transfer Fabric Interfacing <that’s an affiliate link>, it took me a while to figure out what to do with it. But I like a challenge, so I accepted the product and forced myself to get creative to put it to good use.
Sometimes my creative brain isn’t the only one involved in projects, and this is a good example. Lots of times I gather up my girls and we throw out every idea that comes to mind, whether it’s silly, too hard, or even kinda lame. When Lala asked, “What about play food?” I immediately said, “YES!” And that my friends is what we spent the next several hours doing. If your kiddos are old enough to cut paper, then they can help you with this project. And then they get to play with it for a long time afterwards. I do believe that is the definition of a win/win.
And… for all of those out there who don’t have a machine but would still love to try some Silhouette goodies, this project is for you! So, let’s make some play food, shall we? 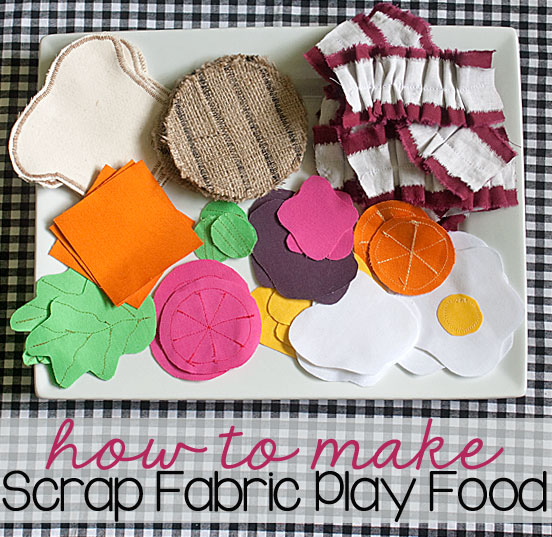 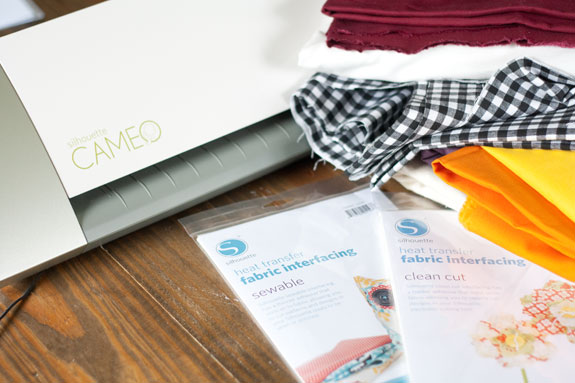 Before we start, you could totally make this with your machine if you’d like, but scissors work fine, too. The real star of this project is the interfacing, though, so let’s chat about it.

Being a sewing girl for the last, ummm… 30 years (yikes!) I’ve gotta admit that I’ve tried a lot of interfacing. I’ve tried the strong, industrial stuff, right down to the stuff that just didn’t work at all. Even though Silhouette sent me the product, I’m honestly going to say that it’s the easiest interfacing that I’ve ever used. It goes on like a dream, doesn’t pull or twist, and sticks exactly where it’s supposed to. {I promise they didn’t pay me to say any of that, it’s simply my opinion.} 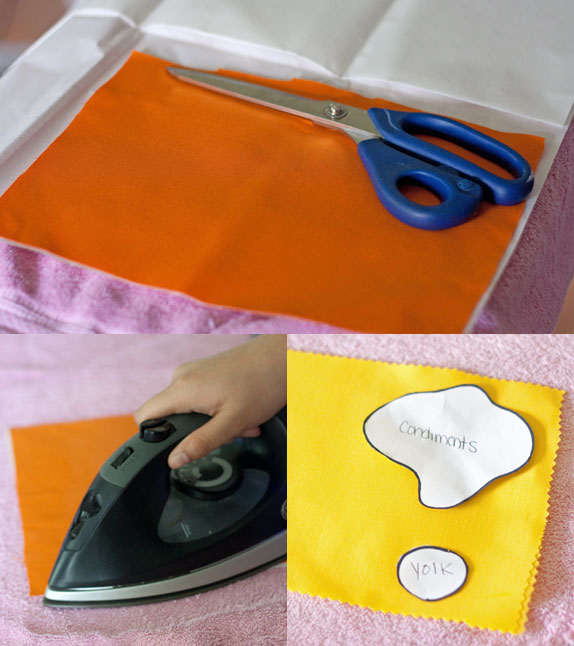 Some of the play food we made was simply flat, so let’s start there. You’re going to need to make some blob shapes and some circles, both large and small. Start by choosing your fabrics and applying the interfacing. For my project I mostly used 100% cotton fabric scraps that were left over from other projects (except for a bit of burlap.)

To make our patterns, we used a Sharpie and free-handed it on paper before using it as a template for the pieces.

We made some condiments, including a white blob for mayo (or marshmallow fluff, depending on who’s making the sandwich), a yellow blob for mustard or butter (once again, depends on the chef), pink for strawberry jelly and purple of grape jelly. To make cheese, we used an orange piece and cut squares. Once those were all cut, they were done.

To make the more detailed foods, we cut different blob whites for eggs, along with some green leafy shaped blobs for lettuce leaves. To make orange slices or tomato slices, we cut circles, making our pattern from the inside of a roll of painter’s tape. We also cut smaller circles for pickles from the lettuce scraps and egg yolks from the yellow scraps. For the bread slices, we used plain cotton canvas. 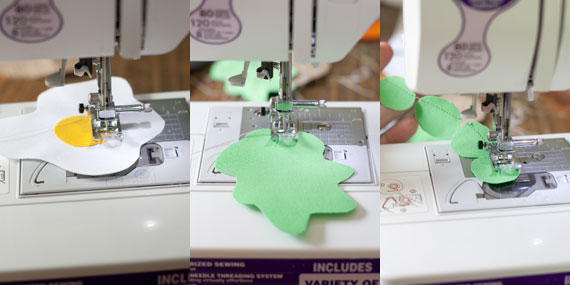 Once we had all the pieces cut, I stitched on the egg yolks, or lettuce veins, or pickle stripes, or tomato/orange segments. It took a while because we made so many different ones, but you could do just a few in no time. For the bread, I ran a zig-zag stitch around the outside edge, then trimmed it again as close to the stitch as I could.

When all of those were done, I made a few other pieces that didn’t require interfacing. 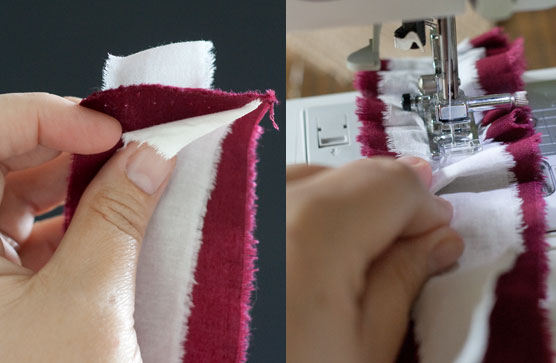 If you’re making breakfast or burgers, you’ve gotta have bacon! Bacon is the easiest one to make. Simply cut some 3 inch strips of burgundy fabric (I ripped mine with the grain) and some 1 1/2 inch white strips. You need twice as much white as burgundy. Layer the strips up, white/burgundy/white, then wrinkle them up and run a stitch across it with your sewing machine. Run a few inches, cut, then do it again. It goes really, really quick! 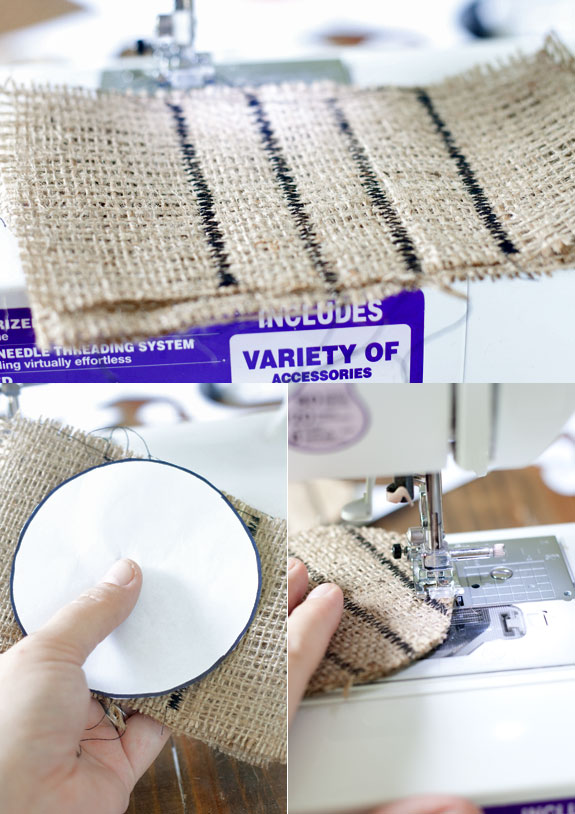 To make the “burlap burgers”, start with some scraps of burlap, stacking 4 pieces together. Run them through your sewing machine, using black fabric and a zig-zag stitch to create grill marks. Once you have several rows of stitches, use a circle template (I used the outer edge of a roll of painter’s tape), then cut out the burger shape. After you have it cut out, run a stitch around the outside edge with burlap colored thread to lock all the layers and fibers in place. 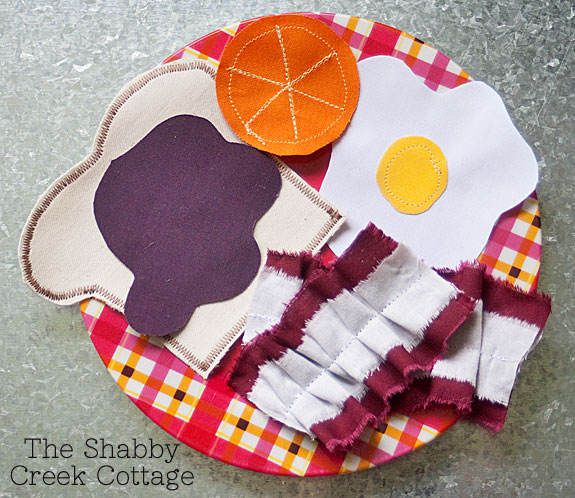 And that’s how to make play food. You could totally use a Silhouette Machine to cut out all the pieces, but unless you are making a big bunch, it’s easier to cut it out with scissors. However, if you want enough lettuce for a salad or something, then trace out your pattern, scan it into your computer, then use the machine to cut out the shapes. 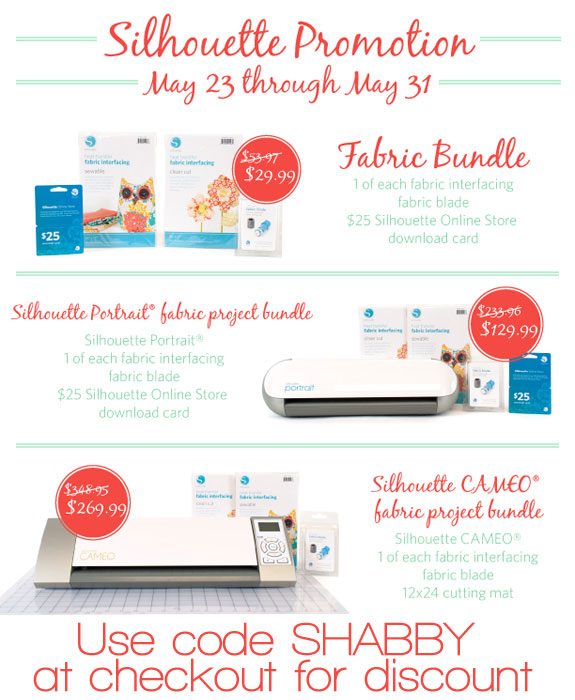 Speaking of Silhouette, there’s a great promotion going on right now, so if you’re looking to purchase a machine or want to try the new fabric interfacing, then now is the perfect time. Scoot on over to Silhouette to see all the great deals. 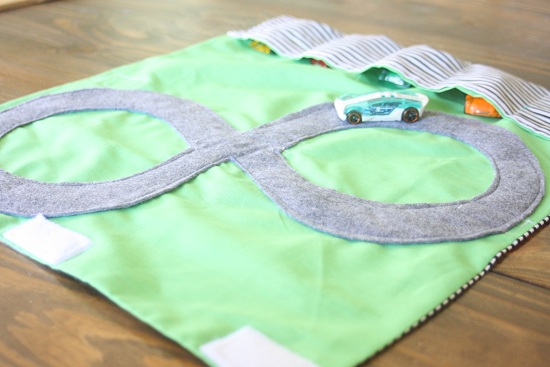 *this post contains affiliate links, but all words, ideas and opinions are my own*

« Make it: Pebble & Faux Succulent Wreath
30 projects you can make in under 30 minutes »