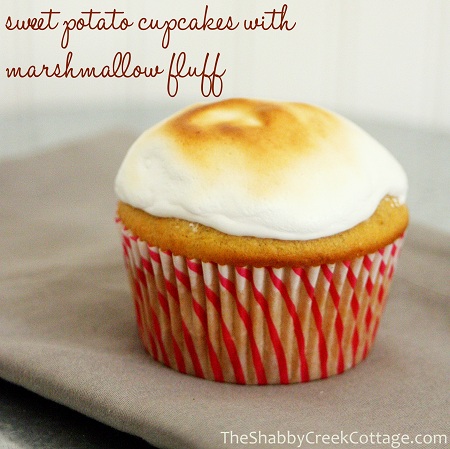 Sweet potatoes – just the thought of them brings me right back to Thanksgiving, no matter what time of year it is. I’m all about the tasty tubers, but my family isn’t too big on them. So, I had to get creative to come up with a way that they’d scarf up some sweet potatoes this year – and they’re all about some cupcakes. Yep, sweet potato cupcakes saved the day.

It really is pretty simple. I just took a box of butter recipe cake mix, then substituted the 1 stick of butter for 1 cup of sweet potato. I know the math isn’t right, but it works great! I used the eggs & water required for the mix, then added in 1 teaspoon of cinnamon {I love cinnamon with sweet potatoes!} I mixed it all up, baked it according to the directions on the box and set them aside to cool. 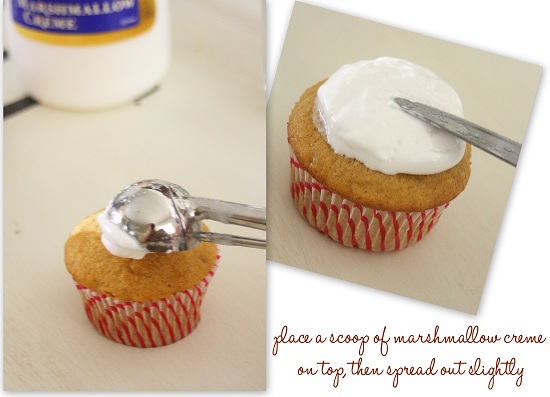 Once they were cooled, I put a small scoop of marshmallow fluff on top, straight out of the jar. Then, I used a knife to spread out the fluff just a bit – not too much, though. I kept my knife and scoop in a glass of hot water to make it easier to work with the fluff.

After they were topped, I toasted them under the broiler on high just as close as I could get it to the burner. It really only took about 15-20 seconds per cupcake. I did one at a time, because they never seem to toast at the same rate. After they are toasted, I put them on a LEVEL surface, otherwise the fluff went crazy and dripped off one side. 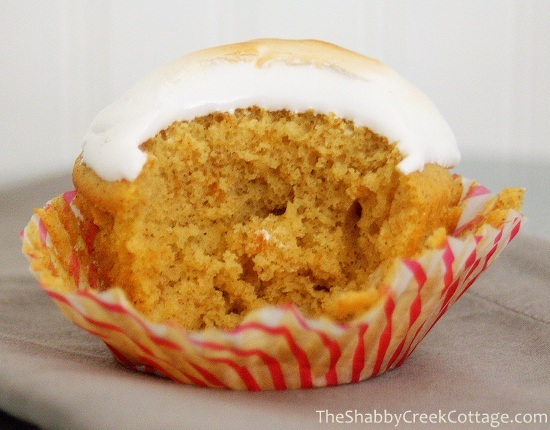 And, that’s it! They are SOOOO good! At about 150 calories each, it’s not a bad dessert option… and it’s pretty low in fat, since there’s no oil involved. You’re not gonna miss it though, I promise!

« How to make: Easy Photo Canvas
how to make mercury glass plates »