Which is kinda weird because it’s almost like two stories: Goldilocks & Freaky Friday. Yeah, it’s a heck of a mesh up.

So back to the buffet…. 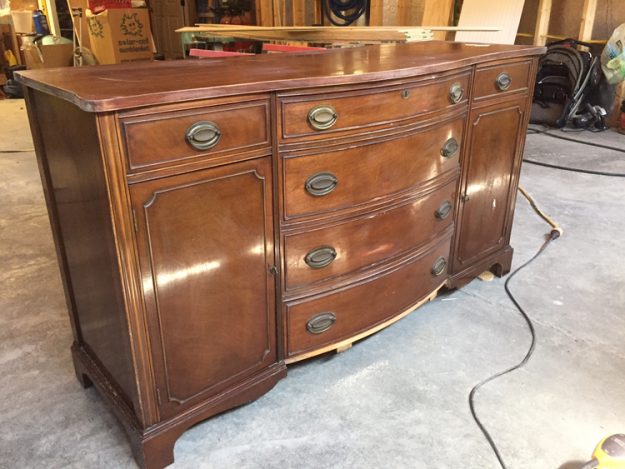 During our recent living room renovation, we tore out our non-functional fireplace. However I had NO idea how much it would change the dynamic of the layout of the room. I figured we’d take it out, put down new floors, plank the ceiling, add paint and pretty much Humpty Dumpty the room in a way.

Oh no. Life is never that easy, right? I guess we can add Give a Mouse a Cookie to the literary list for this story’s inspiration. Because when we ripped out the fireplace, we had to move down the sofa. And when we moved down the sofa, we had to move the television. And to move the tv we had to take it off the wall. And that made my husband want a newer (read: bigger) one. Which meant the little cabinet I had under the original wouldn’t work. So I needed a new one.

Now here comes the Goldilocks chapter of this story – we looked high and low for local piece. We looked at media consoles, dressers, basically anything that might work. Even an Ikea solution was going to cost around $200. So in a last ditch effort (after way too many second hand stores), I texted my friend Suzanne to see if she had something in her shop that would work. She sent me a few pics, so we took off on the 3 hour trek to pick up the piece we thought would work.

Or so we thought. When we got there, it was way too small. Luckily, in the very next booth over, I spotted the perfect piece. 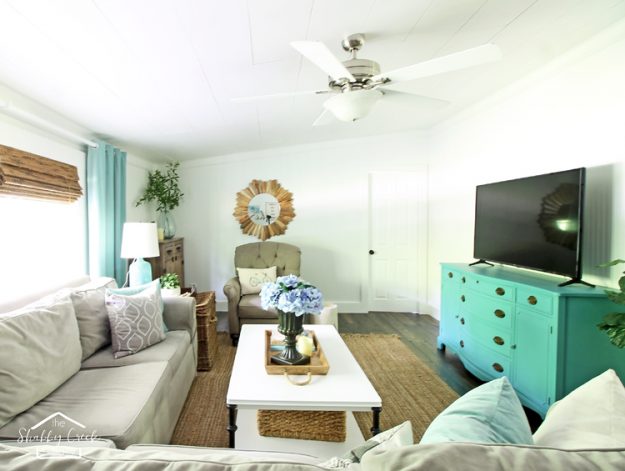 It was one of those times when you found it and prayed you could afford it before you got to the tag. However, there wasn’t a tag. So I very cautiously asked how much, and she said “$250”. Now normally, I’d never give that for a second hand piece, but this one almost felt like it was meant to be. So I took the plunge.

On the way back home, I texted my friend Lindsay to show her what I found (because she’d been helping me try to decide) and low and behold – she found the EXACT same buffet, all the way in Iowa, on the same day. But hers was $60. Apparently I need to frequent yard sales in Iowa. That conversation is why we decided to show you our buffet makeovers together 🙂
After I got mine home, it only need a bit of filling in nicks and scratches, a good sanding, a few coats of paint and that was pretty much the extent of it. Even the hardware was in great shape (yay for saving money there, huh?) 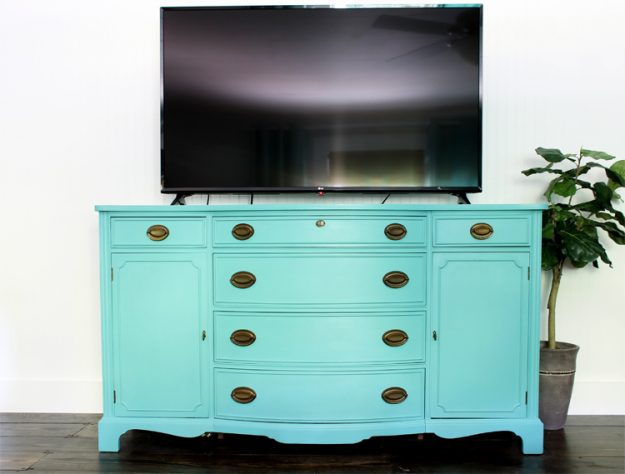 Alright…. we’ve been through the stories of Goldilocks & Give a Mouse a Cookie (even with a dose of Humpty Dumpty), so let’s get to the Freaky Friday.

Today Lindsay and I are both going to show you our buffet makeovers…. and I was shocked at how different they turned out! 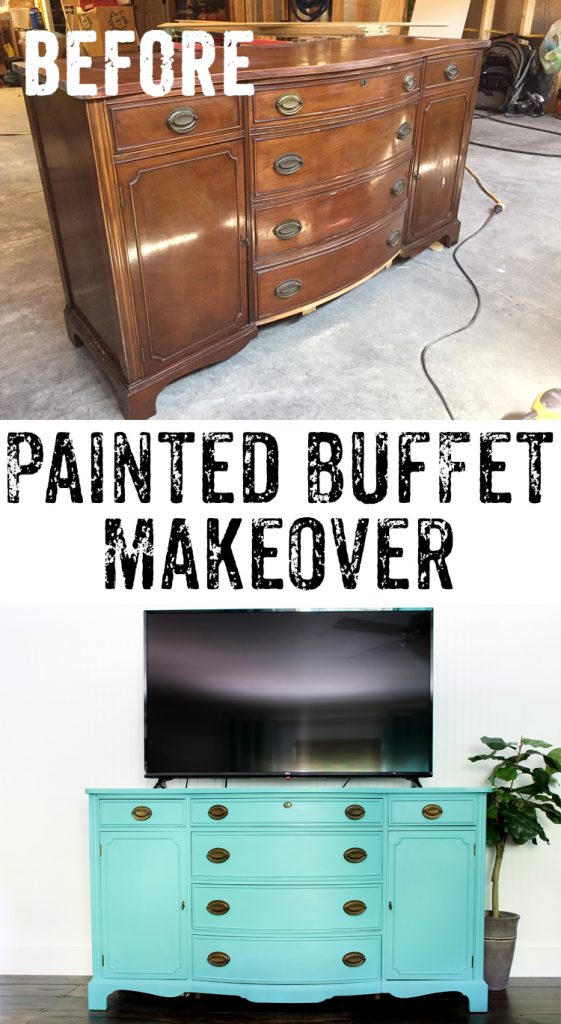